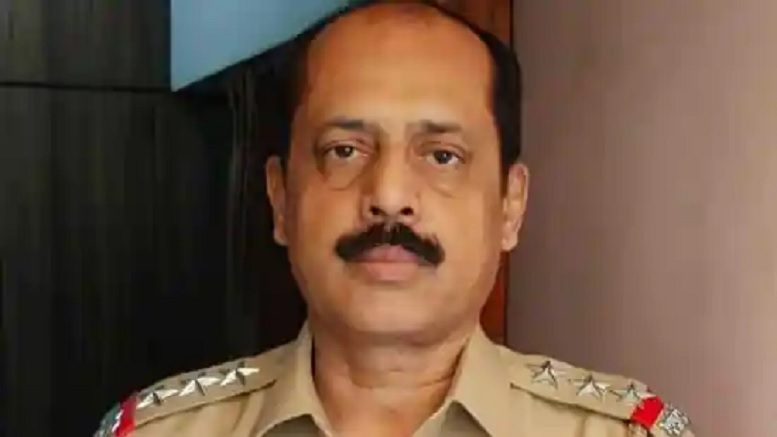 In news just in, Mumbai Police officer Sachin Vaze (Waze) has been arrested by NIA under Sections 286, 465, 473, 506(2), 120 B of IPC, and 4(a)(b)(I)Explosive Substances Act 1908 for his role & involvement in placing an explosives-laden SUV (Scorpio) near Mukesh Ambani’s Antilia house in Mumbai on February 25. As per reports, Vaze has confessed to his crime and has implicated other police officers and ruling coalition politicians too.

Assistant Police Inspector Vaze was arrested late last night after hours of grilling by NIA. Apart from explosives, the car also contained a note directly threatening Mukesh and Nita Ambani and their family.

Two days after the car was discovered, a Telegram channel named ‘Jaish-ul-Hind’ claimed responsibility for the act and demanded money in form of cryptocurrency from the Ambanis. It was later found that the message was likely a hoax as it originated from an Indian Mujahideen terrorist currently lodged in Tihar Jail. Another group claiming to be Jaish-ul-Hind denied responsibility for the act the next day.

The case took a turn after Manuskh Hiren, the man who had reported the SUV as ‘stolen’ turned up dead in a creek outside Mumbai on March 5. Hiren and Vaze knew each other and Vaze had used the car for 4 months upto Feb 5, as per the deceased man’s wife Vimla. Vimla has accused Vaze of murdering her husband.

While NIA has taken over the investigation into the explosive-laden SUV found outside Ambani’s house, Maharashtra ATS is probing Hiren’s murder.

On Friday, the Thane sessions court refused to grant interim protection to Waze in the murder of businessman Mansukh Hiren, saying his custodial interrogation, as asked for by the ATS, is necessary. Vaze’s anticipatory bail plea hearing was posted for March 19.

Now, it has emerged that the same Scorpio car was used by ‘encounter specialist’ Vaze while leading a team of Alibaug Police to arrest Republic TV Editor-in-Chief Arnab Goswami in the dubious Anvay Naik abetment to suicide case. AK-47 wielding police had dragged Arnab from his home, even manhandling his young son and elderly in-laws in the process.

It is noteworthy that Vaze was arrested in 2004 during Congress rule for the alleged custodial death of an accused in the Dec 2002 Ghatkopar bomb blast case. He was released on bail after being in custody of 58 days, but remained suspended from the force for 16 years before being reinstated in June last year by Mumbai police commissioner Param Bir Singh. In 2007, Vaze had resigned from the force and joined Shiv Sena but his resignation was not accepted.

Controversial IPS officer Param Bir Singh was appointed as Mumbai Police Commissioner within months of the MVA govt (SS-NCP-Congress alliance) being sworn in. In his previous stint leading the state’s ACB (Anti-Corruption Bureau), Singh had given a clean chit to Deputy CM and senior NCP leader Ajit Pawar in an irrigation scam. Param Bir Singh is also accused of brutal torture in 2008 by Sadhvi Pragya and Col. Purohit when he was part of the Maharashtra ATS team tasked by Congress hierarchy to prove ‘Hindu terror’ in the Malegaon blast case.

With Vaze’s arrest, the needle of suspicion in this explosives threat case against Mukesh Ambani is clearly pointing at Mumbai Police and by association the MVA government:

The left-liberal-secular nexus of our country can plumb to any depths to gain political power. From giving a clean chit to a terrorist nation like Pakistan for the 26/11 attacks, to trying to frame Hindu sadhvis and Army officers in terror plots, to inventing a 13th terror attack out of thin air to invent a ‘secular’ cover for the 1993 serial blasts, to having links with trans-national terrorists and criminals like Dawood Ibrahim, the secular cabal is capable of anything.

BJP is currently benefiting from the sheer ideological bankruptcy and vileness of the Opposition, but it too has fallen short of enacting the sort of deep-rooted changes the country needs. A Hindu mass movement rooted in Dharma is needed to revive Dharmic spirit in ordinary Hindus and save the country from the dangerous direction in which things are currently headed.