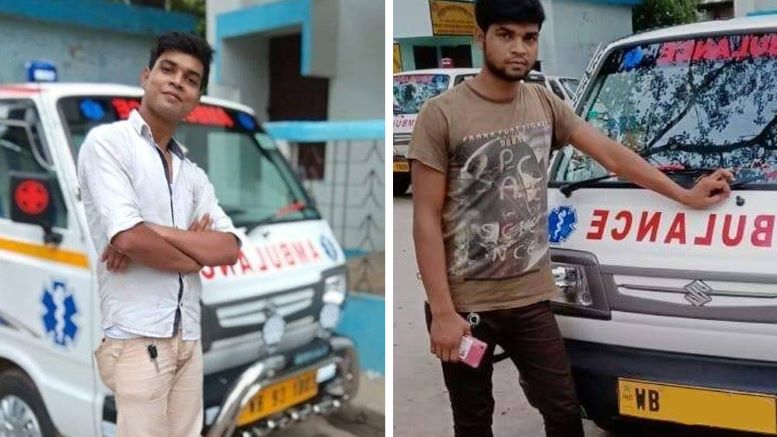 In an earlier report, we had covered some of the major rape cases in TMC-ruled West Bengal that had triggered a nationwide debate. The post-poll violence had ushered unspeakable crimes on the women who supported and worked for the BJP in Bengal, and the state has reported an extraordinary spike in political rapes in the past month. However, with the growing minority appeasement practised by the ruling dispensation, non-political rapes committed by people from the minority community have also seen a rise.

One such recent incident has been reported from Farakka, Murshidabad. On Friday 11 June 2021, a 15-year-old minor was picked up by two Ambulance drivers, named Mohammad Kareem Sheikh and Tarzan Sheikh from the NTPC area. After forcing the girl inside the vehicle, they took turns to rape her repeatedly in the moving vehicle, while driving the ambulance through the Farakka area all evening.

The irregular movement prompted suspicion in the minds of the local civic volunteers who chased the vehicle. To escape being caught, they dumped the victim near a culvert and fled the location. The girl was then recovered by local civic volunteers in an unconscious state and rushed to the Jangipur Mahakuma Hospital. All required medical tests were conducted on the minor at the hospital.

The police have been successful in hunting down the vehicle and arrested both the miscreants on Saturday, 12 June 2021. Mohammad Kareem Sheikh and Tarzan Sheikh were produced at the Jangipur Mahakuma Court, where the presiding magistrate ordered them to be held in police custody for 5 days. The case is currently under judicial trial.

While Mamata Banerjee and her cadres politicize the Hathras rape incident at every possible opportunity, they also argue that their state is the safest heaven whereas the reality is miles away from these empty claims.