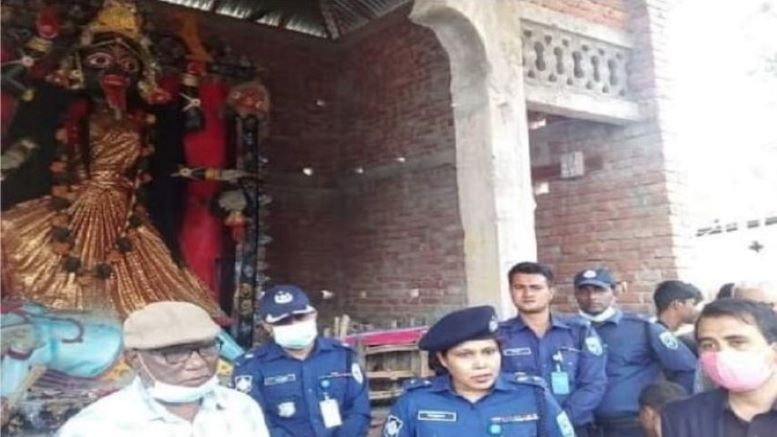 A murti of Devi Kali was vandalized on Wednesday night at Chilmari sub-district in Kurigram District of Northern Bangladesh as reported by Bengali language national daily of Bangladesh Kalerkantho on March 4, 2021.

As per the report, Deputy Commissioner (DC) of the District, Mohammed Rezaul Karim, and Superintendent of Police (SP), Syeda Zannat Ara visited the spot on Thursday. Local sub-district executive magistrate M. Raihan Shah said, “Perpetrators invaded into the temple and broke the murtis inside.”

04-03-2021 Again Attack a Hindu temple in Bangladesh. plundered all of the Pratimma by local muslim miscreants at Chitalmari P.S, Kurigram district , Bangladesh. pic.twitter.com/JuBJIP3TnI

“We saw the broken murtis at dawn”, the villagers said. Local Sub-district president of Bangladesh Hindu Buddhist Christian Unity Council, Karna Roy said, “Perpetrators barged into the temple by breaking the lock and demolished the murti at night. Strict punishment for the perpetrators has been demanded.”

DC Mohammed Rezaul Karim said, “I’ve visited the spot and will take proper steps upon investigation.” SP Syeda Zannat Ara has requested both Hindu and Muslim communities to keep calm and assured that the perpetrators will be brought to book.