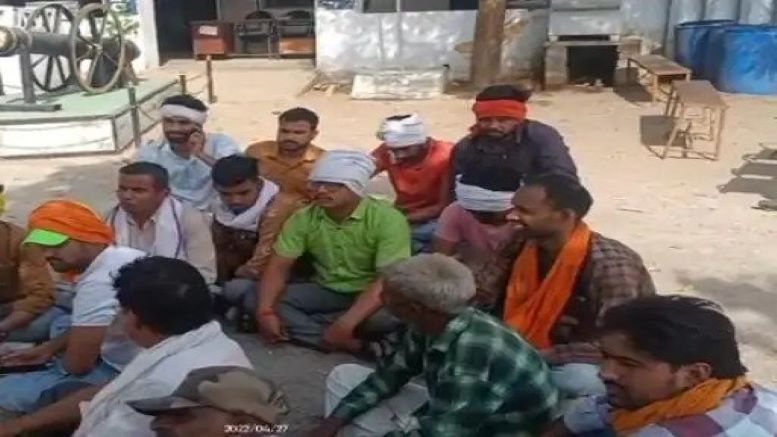 A minor Hindu girl from Indergarh Tehsil of Datia in Madhya Pradesh has gone missing. The family approached the police when they couldn’t find the girl even after four days. The Indergarh Police registered a missing complaint. A grooming angle has now emerged in the case.

The family learned that a Muslim youth in her locality who had befriended her took her along with him. The family repeatedly pleaded with the police to look into the case. In the meantime, the Hindu Yuva Vahini came to know about the incident and went to the missing girl’s house. The lackadaisical approach of the police forced the family to seek help from Hindu Yuva Vahini.

Dozens of Hindu Yuva Vahini members reached Indergarh PS, demanding the matter to be investigated as a case of ‘Love Jihad’. They pressed the police for swift action. Both the family and Hindu Yuva Vahini want a case of kidnapping to be registered. They also announced an indefinite protest till their demands were met.

Hindu Yuva Vahini’s office-bearer Ravi Sharma informed the media that the youth is a repeated offender. He also said that the Muslim youth had earlier eloped with another Hindu girl. That matter is currently subjudice.