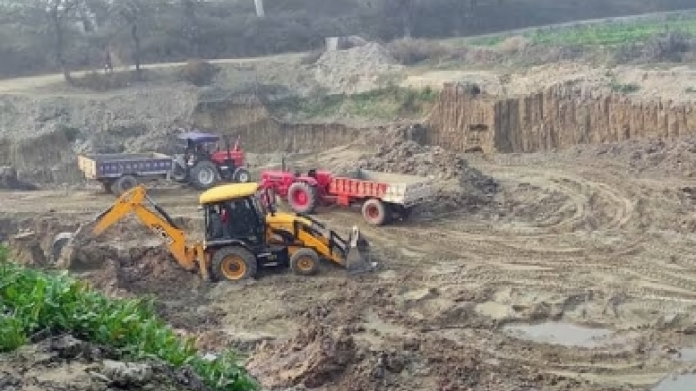 A gang of sand mafia held a mining inspector captive after the latter seized two tractors laden with sand in Bihar’s Bhagalpur district on Tuesday.

Mining inspector Maharshi Muni learnt that mafias are transporting sand illegally in the Kajrauli area. Accordingly, he went there and found a large number of sand-loaded trucks and tractorsin a queue. He seized two of the tractors and took them to his office.

Angry over the seizure, over a 100 men carrying batons and rods surrounded his office and held him captive. When the district police learnt about the incident, a team led by SHO of Madhusudanpur police station reached there and managed to free him after a brief scuffle.

The sand mafias forcibly took away the seized tractors and also dumped sand on the road.

The mining officer made a video of the incident and district police are trying to identify the accused.