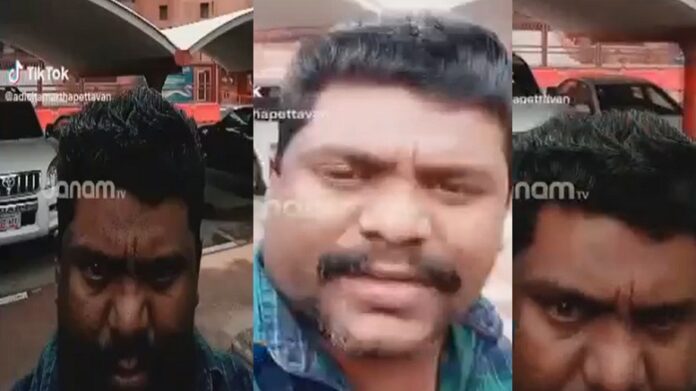 Widespread protests are brewing all over Kerala over an incident of insulting Prime Minister Narendra Modi and his on social media. Saidalavi Koya, a resident of Parappanangadi, Malappuram, verbally abused the Prime Minister and his 100-year-old mother while standing in front of the Bharatiya Embassy in Kuwait.

Koya’s sickening live rant starts with, “Narendra Modi, the d0g…..” The sickening video went viral on social media but has now been removed.

Fearing trouble, Muslim leaders themselves came out against Koya. CMK Muhammed, a public activist and businessman from Kozhikode, complained to the Malappuram district police chief.

Koya’s abusive rant against the Prime Minister of his own country while in a foreign country is also being seen as an anti-national crime. Muhammad told Janam TV that after complaining to the police, the Malappuram SP called him back and informed him that they had taken the incident seriously.

Muhammad noted that Koya insulted 135 crore Bharatiya citizens while staying in Kuwait. Koya insulted women and motherhood by insulting the Prime Minister’s 100-year-old mother. Muhammad stated that the SP informed him that the complaint would be investigated and action would be taken immediately.