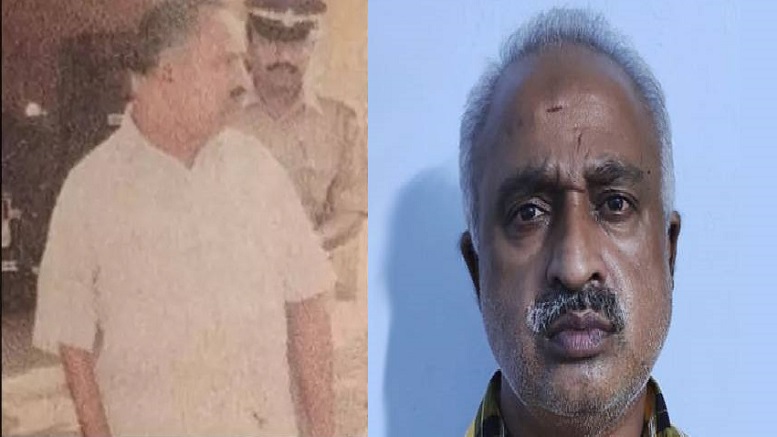 Pulikkathodithazham Ashraf (53) a primary school teacher from Malappuram was arrested for sexually assaulting his students, inside the school. Shockingly, this is the third time that the pedophile government lower primary (LP) school teacher is being arrested for raping young ones in the past 10 years.

The Vallikkunnu native was detained based on a complaint filed by the victim’s parents after he raped a boy at the government LP school in Tanur. He was produced before the Parappanagadi court and was remanded to police custody.

In 2011, Ashraf was booked and arrested for sexually abusing four boys studying in Neduva Government UP school near Parappangadi, Malappuram. Back then he was charged for unnatural sex against minors and it was found that he had sexually assaulted at least 50 of his school children.

The school authorities and local police tried to influence the case in a bid to protect the rapist. Parents had gheraoed the police station and it was only after they resisted that Ashraf was arrested. He was set free after the students changed their initial statement during the trial.

Following his arrest, he was dismissed from Neduva Government UP School but was appointed as the teacher of another government school in the district after a few years. Government school employee appointments are being handled by the public service commission (PSC) and vetting is not being done even today.

In 2019, the repeat sex offender was arrested by Karipur police for sexually abusing two boys studying in lower primary classes. He is currently out on bail and has been arrested again for the same offense from his current school.

Astonishingly, a former state child rights commission member who is also an advocate said that those charge-sheeted in POSCO (Protection of Children from Sexual Offences) cases should be transferred to office jobs under the education department so that their interaction with children can be curtailed!

Ideally, shouldn’t such criminals be permanently behind bars, or at least not allowed anywhere near children after release by our bleeding-heart ‘liberal’ judicial system? It is worth noting that though thousands of POCSO cases are reported in Bharat, not a single pedophile has ever been hanged.

In many countries, police and society monitor such predators. They operate by gathering intelligence about such pedophiles and trap them by acting as minors. Once the psychopaths arrive, they are promptly arrested and remain imprisoned. Such preemptive resistance is necessary when the state fails to deliver justice to its citizens.

Another weak link in child rapes is the fact that psychopaths like Ashraf exploit young boys. Unlike girls, these young ones fail to react and families are known to suppress such cases rather than approach the authorities. Abuse of young boys is a menace that is accepted in some cultures like Afghanistan but its occurrence in the Malappuram district of Bharat is disturbing.