Lalu convicted in fifth fodder scam case too, 26 years after it was lodged – will higher courts again grant relief, or will he actually serve a prison sentence this time? 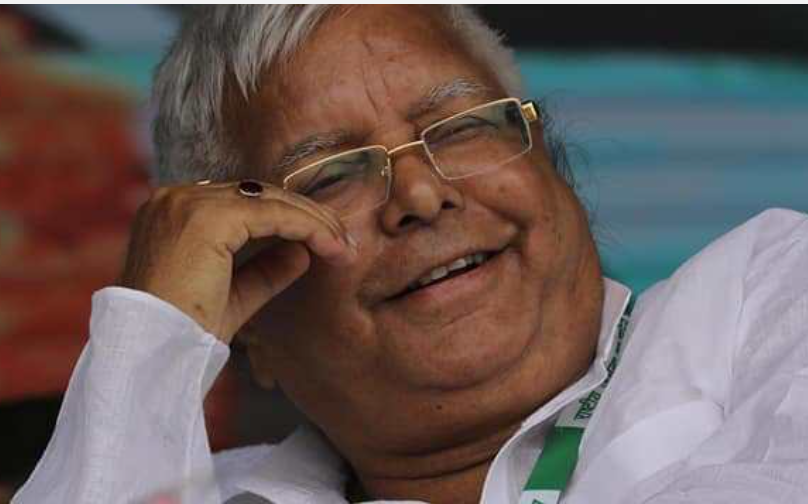 A special CBI court in Ranchi on Tuesday convicted Rashtriya Janata Dal (RJD) chief Lalu Prasad in the Rs 139.35 crore Doranda treasury scam, the fifth fodder scam case, after which he has been taken into judicial custody.

The former Bihar chief minister has filed a plea in the CBI court seeking bail. He said in the plea that if not granted bail, he should be sent to judicial custody in Rajendra Institute of Medical Sciences (RIMS) as he is unwell. The quantum of punishment will be announced on February 21.

Beside Lalu Prasad, the court has convicted 74 others including former MP Jagadish Sharma, Public Accounts Committee president Dhruv Bhagat in the case while 24 have been acquitted for want of evidence. Thirty-six convicted persons have been sentenced up to three years in jail.

Earlier, the former Bihar chief minister was found guilty in four cases related to the Rs 950 crore fodder scam, and is serving a sentence of 27.5 years of imprisonment. In the fifth case related to the scam, an FIR was lodged in the Doranda police station in 1996 and later the CBI took over the case for investigation.

Crores of rupees were illegally withdrawn in the name of transporting animals and arranging fodder for them in Bihar’s animal husbandry department. The animals included bull, buffalo, cow, goat and sheep. The documents submitted by the department regarding the transportation were found to be fake. The vehicle numbers shown in the documents were of scooters, mopeds and motorcycles.

The cases occurred during the period of 1990-1996. The Bihar CAG had sent the information about the graft to the government time and again, but the government did not pay heed to it. The CBI produced the documents in the court, which showed that then Chief Minister Lalu Prasad, despite knowing everything, did not take any action. Lalu also held the portfolio of Finance Ministry.

Earlier, the former Chief Minister has been to prison six times, but was granted bail by the High Court each time. In fact, Supreme Court granted him bail within 2 months of his first conviction in the fodder scam cases.

How does a man convicted by trial court, get bail from a higher court? Apparently, Section 389 of the CRPC is how an accused can get bail even after conviction:

Obviously, an influential politician like Lalu, a leading member of the Congress ecosystem, will have no dearth of lawyers like Kapil Sibal to file petitions in higher courts and drag the matter. And as we saw in the Yakub Memon case, our judiciary’s gates are always open – even for last-minute hearings after midnight – for select causes and people. But some other petitions are curtly rebuffed with tongue-lashings.

This is how Lalu has ‘served time’ following his convictions:

So in total, Lalu Prasad Yadav has spent the grand amount of 4 months in jail, despite technically being sentenced to 27.5 years in prison (not concurrent sentences, but to served one after the other)! Lower court judges like Special CBI Judge Shivpal Singh take immense risk while passing sentences against dangerous and corrupt politicians like Lalu, but senior judges then grant bail – what can be more demoralizing for honest judges?

Judicial corruption is an ugly reality of our Republic which is barely discussed. Judiciary is also struggling for credibility due to its opaque Collegium System of appointing SC and HC judges. Major reforms in this important cog of our governance system are long overdue.

But at least we are seeing convictions for corruption by lower courts now- something that was unimaginable during the UPA regime when Lalu was a Union minister for many years and giving lectures in management at IIMs, as one twitter user reminded.

However, Hinduphobic propaganda outlets like The Wire, funded by philanthropy of top business honchos, celebrate the release of such corrupt politicians and build him up as a ‘messiah of the poor’!

Will senior judiciary, so fond of issuing sermons to ordinary people on secularism and civic values, kindly explain why Lalu is roaming free despite being ‘sentenced’ to a 27.5 year prison term. Will the sentence in this fifth fodder scam also prove to be a similar eyewash with the convict flitting between token time in jail and then off to luxury hospital rooms and home?

If our judiciary cannot give meaningful punishment to criminals convicted for their crimes, how can we expect to deter future crime? And while high-powered criminals abuse the system with impunity, moving petition after petition through expensive Lutyens’ lawyers, poor undertrials arrested for petty crime languish in jail for years waiting for milords to start hearing the case.