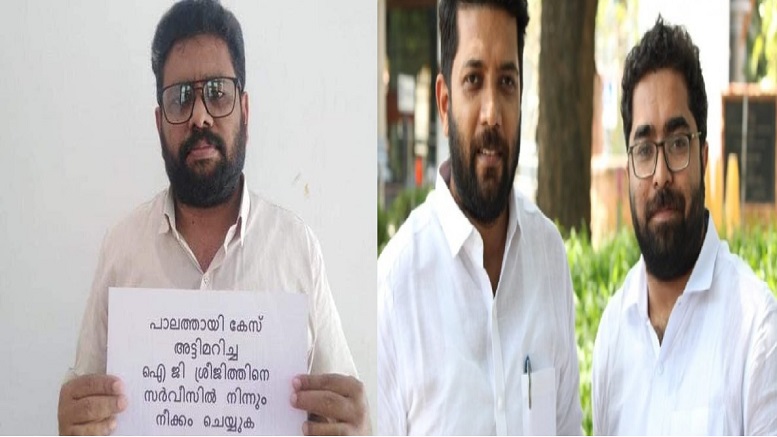 Absconding Kerala Youth Congress Ernakulam district general secretary Shan Mohammad, accused of covering up the rape of a schoolgirl, is now suspected to have left Kerala. The rape of the victim, a 15-year-old 10th standard student, by Mohammad’s driver Riyaz led to her becoming pregnant. The accused threatened both the minor and her parents with dire consequences if she did not abort the unborn.

Later on they even ‘agreed’ to marry the minor as a compromise when the story leaked. Ironically, a few days back Shan Mohammad was protesting against rape and for women’s safety! Investigators are now hunting for the absconder in various states including Karnataka, Goa, Tamil Nadu, and Maharashtra, and lookout notices have been issued to prevent him from going abroad. Detectives also received information about those who had aided and provided accommodation to help him evade the law.

On expected lines, Congress has brought in the political rivalry/ defamation angle and is now brazenly protecting the accused. They even took out a march to the police station to put pressure on investigators and intimidate the victim and her family. Shan Mohammad is also close to Shafi Parambil, the Congress MLA who defeated E Sreedharan from Palakkad.

Mohammad had the audacity of crying foul while on the run and has even approached the court with an anticipatory bail application opposing his arrest in a POCSO case! While such applications for the rest of Bharat usually take a minimum of six months to even come up in court, Mohammad’s is slated to come up shortly.

The rape came to light when Mohammad’s driver P.I. Riyaz, the main accused, was arrested on the basis of the victim’s mother’s complaint, and pleaded guilty. Later, the girl’s statement revealed Mohammad’s role. His lawyer now claims that he has nothing to do with the girl and says his client is being ‘framed’ because of political enmity. A case was registered against Mohammad for aiding and abetting the accused, threatening the victim and her family, and for concealing information. Concealing information about a minor being abused is a punishable offence under the POCSO act.

As per reports, Mohammad accompanied Riyaz to take the girl for her pregnancy test together in his car. The rape occurred in March and Mohammad switched off his mobile and went into hiding as soon as Riyaz was detained and Pothanicad police issued a notice.

Interestingly, no local media except the CPM mouthpiece Deshabhimani carried the story. That contradicts the belief that most of the local mainstream journalists are leftist-thinking atheists. Their so-called secular atheism melts away when the accused is from a minority community.