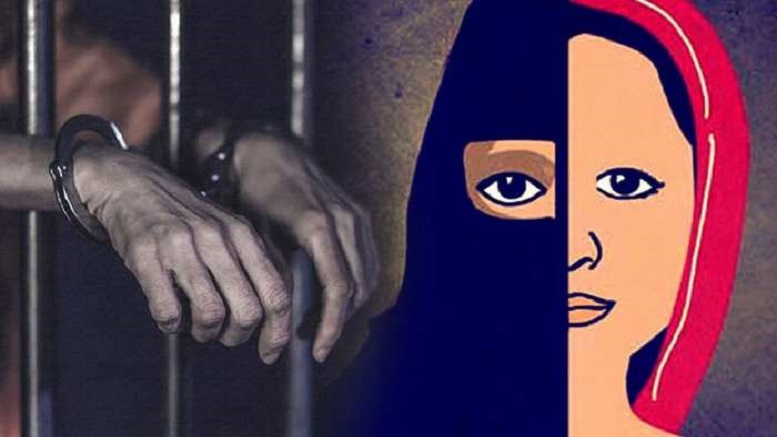 A suspected case of grooming has emerged from Jabalpur and the victim with the help of Hindu organizations has reportedly filed a case at the Aadharthal police station. The police have currently filed a rape case while Hindu organizations have demanded that a case of grooming be registered under the Madhya Pradesh anti-grooming law. The police have assured that they would record the victim’s statement after which a grooming case would be registered.

As per available information, on October 23 sought the help of Hindu organizations like VHP, Dharmsena, and Dharm Jagran among others and they reached the Aadharthal police station. She informed the police that she belonged to a family of laborers. According to her statement, she had visited a friend’s house a few months ago on the occasion of her friend’s birthday where she met the accused. She stated that the accused had introduced himself as Ankit Thakur. They exchanged mobile numbers and kept in touch subsequently.

The victim stated that the accused came to her house on June 10 and took her to Bhadpura hills jungle on the pretext of taking her out. There she was raped by the accused who promised to marry her. Thereafter, she was physically abused by the accused several times. In the meanwhile, she learned from the friends of the accused that he wasn’t Ankit Thakur but Naseem Ahmad.

Aadharthal police station officer Shailesh Mishra has informed the media that Ahmad a case has been filed against the various sections of the Indian Penal Code (IPC) including rape on the basis of the victim’s complaint. Hindu organizations accompanying the victim, however, demanded that a case of grooming be registered. They alleged that Ahmad had recorded an obscene video of the victim that he threatened to make viral.

It has further been alleged that he took the woman to his home where he pressurized her to read the kalma in the presence of a maulvi using threats. Ahmad has also been accused of pressurizing the victim to embrace Islam.

In recent times, several cases of grooming have come to the fore from the state of Madhya Pradesh (MP). In August, one Faizan had been accused of assuming a fake Hindu identity to trap the victim. In March, a case of three Muslim men assaulting locals amidst allegations of grooming had come to light from Indore. The present case is one in a line of several cases that have been emerging from across the country reiterating not just passing but a strict implementation of anti-grooming laws.