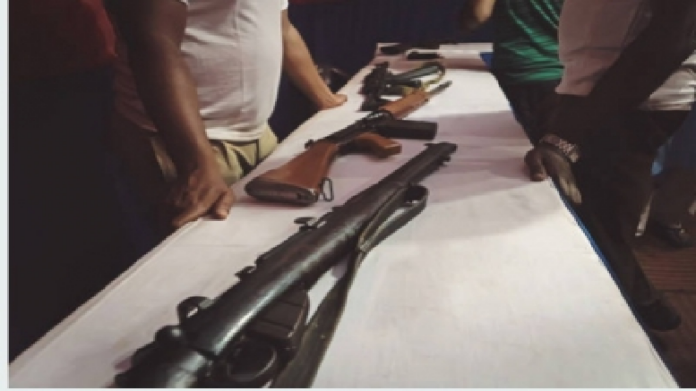 The Special Cell of Delhi Police have busted a module involved in the sale of illegal firearms through Facebook and other social media platforms and arrested one person in this connection, an official said on Monday.

The investigation revealed that the accused was having linkages across the border in Pakistan and with anti-national elements through virtual numbers on WhatsApp and through social media platforms.

The arrested accused have been identified as Hitesh Singh Rajput alias Hirpal Singh, a resident of Rajasthan.

Furnishing details about the operation, a senior official said, the incident came to the fore during routine monitoring of social media.

It came to notice that some Facebook profiles had shared the videos in which they are offering sale of illegal arms and weapons. They had displayed photographs and videos of weapons and ammunition on their Facebook pages. The most prominent group out of these was a group in the name of Lawrence Bishnoi Group.

As the matter was of utmost importance after the killing of Gangster Jitender Gogi in Delhi’s Rohini Court Shoot out on September 24, the matter was taken up by the Special Cell and a case under appropriate sections of law was registered.

Through technical surveillance and human intelligence, the active profiles of Hirpal Singh were identified.

“A deal was struck with the Facebook profile Ids & communication was undertaken on various social media platforms. During communication, advance money for the weapons was deposited in the bank account provided by him,” the official said.

The accused Hitesh was apprehended from Manesar, Haryana, when he came to receive the remaining amount and was arrested. The police said his mobile phone was forensically examined, which generated further workable inputs and leads.

Further, it was revealed that the accused used to cheat the budding criminals and only supplied arms to the notorious criminals and gangs.