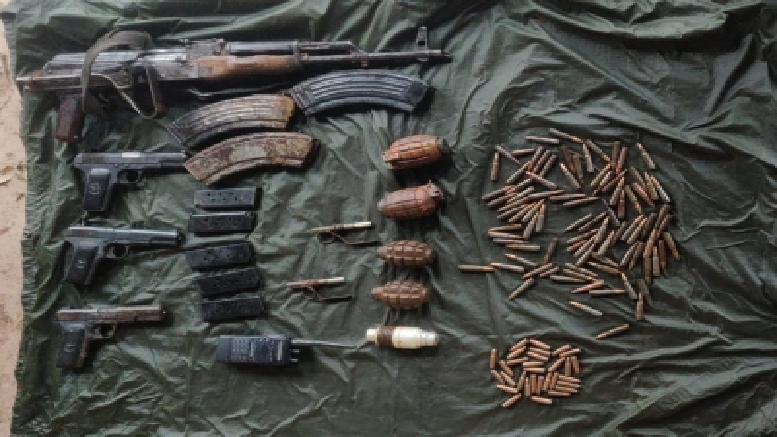 The Jammu and Kashmir police on Sunday recovered a huge cache of arms and ammunition from Ramgarh’s Jhang area in the Samba district, officials said.

Police during patrol in Jhang area near Rakh Jhang nallah found some suspicious material in the form of two packets hidden in bushes along with some small wooden structures and strings.

They said on examination arms and ammunition were found on opening the two packets which were wrapped with polythene, small wooden structures and strings.

One packet was found containing five pistols, 10 magazines and 149 live bullets filled in magazines and some wrapped in polythene.

“This suggests that some unknown anti national elements have dumped this material acquired illegally through some medium to carry out terrorist acts and to cause damage to life and property,” police said.

“By the recovery the designs of anti national elements have been foiled and major sabotage has been averted.”

Police have registered a case and investigations are going on.