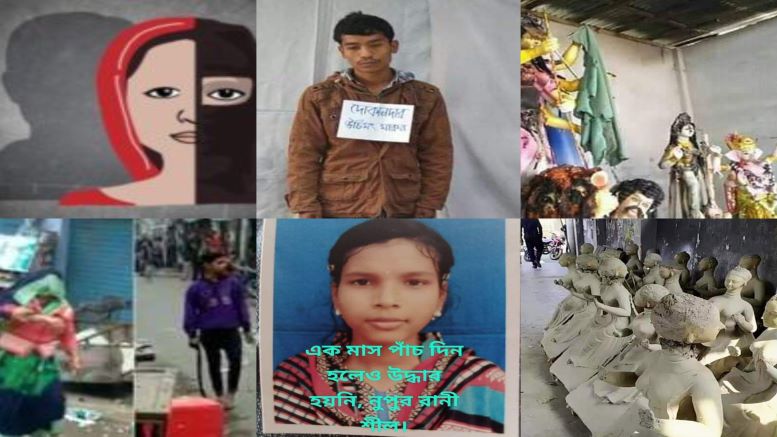 In this weekly summary for the period from 10 January 2021 to 16 January 2021, we hope to provide a snapshot of such crimes and hopefully awaken more people around the world to this human rights crisis:

1) While the Odisha government has permitted temples to be reopened it hasn’t forgotten to add the Hindudveshi flavor to it. It is the only state asking Hindu devotees to get a Covid-negative report to go to a temple while exempting the minorities going to churches and mosques from the same.

2) A 26-year-old girl named Pooja ended her life by hanging and in her suicide note, she held Adil Khan responsible for forcing her to take the extreme step. Her family has alleged that Adil trapped her into a relationship and was forcing her to convert to Islam.

3) Lives of Hindus come cheap and hence crimes against Hindus in minority-dominated areas are more often than not brushed under the carpet. A Hindu man was lynched to death while two others have been badly injured with their eyes having been damaged in the Muslim-dominated Seemanchal in Bihar. The incident took place on Thursday in Kadgama Village that falls under Purnia district’s Shrinagar police station.

4) An 18-year old girl who had converted to Islam to marry her Muslim boyfriend has leveled charges of rape against both her father-in-law and husband and also states that her mother-in-law is pushing her into prostitution. The girl has lodged an FIR in Aman Vihar police station in Rohini, Delhi. Her husband and father-in-law have been arrested. As per police, the girl met Sohail when she was a minor studying in school and the two had been seeing each other for the last 3 years. Three months back, she had converted to Islam and done a court marriage with Sohail in Tees Hazari court.

5) A Hindu woman and her minor son were assaulted and their shop vandalized by a group of Muslim youth in Firozadab, UP on Sunday. Ruby Baghel (32) was sitting at her shop in the Rasulpur area of Firozabad district when suddenly Mohammed Adil and his brother Daood, Meharban Ali, and one other man arrived and started beating and abusing her. They hit her with lathis, belt, and hunter.

6) On 10 January, news anchor Charul Sharma had complained about being sexually harassed and stalked by two men on a scooty while she was traveling in Meerut, UP. She was unable to provide the vehicle number as the scooty did not have a license plate. But she had the presence of mind to snap a photo and a brief video of the two accused men. Within hours, the accused youth – Shahbaz and Mohammed Wasiq – had been apprehended. The information was shared by Shalabh Mani Tripathi, communications advisor to the UP government.

7) A Dalit youth and district president of Bhim Army, Ranjit Paswan (30), was stabbed to death by neighbor Shahbaz Ansari over a minor dispute on Wednesday night in Muzaffarnagar district, Western UP.

8) On Monday, The Mumbai Police arrested Anwar Ali Shaikh on the charges of murdering his wife, Poonam Chavan based on the eyewitness account of a fellow passenger. Shaikh is accused of allegedly letting go of his 37-year-old wife while she was pivoting around the support poles at the entrance to the railway coach, resulting in her death.

1) Forceful eviction of Hindus from their own properties by local Muslims continues in Bangladesh with the latest being reported from Patgram Lalmonirhat district Bangladesh where Mohammad Safiul Alam brutally attacked a Hindu family before trying to kick them out from their land.

3) It has been alleged that an innocent Hindu shopkeeper was arrested by the army in the Gaindya area of ​​Rajasthaliupazila under the Rangamati district.

3) A Hindu temple under the Kashiyani P.S jurisdiction in the Gopalgonj district of Bangladesh was looted & all of the murtis were plundered by local Muslim miscreants.

5) Mohammad Safiul Mannan, Choyab, and others brutally attacked a Hindu family in an attempt to forcefully kick the Hindus from their land at Hashimpur, Chandaish in the Chittagong district.