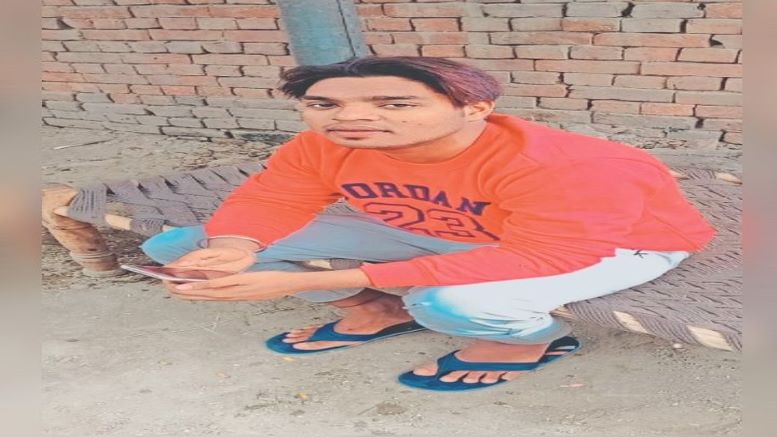 A Hindu youth Ravi who went to wish his Muslim girlfriend on new year was beaten up and thrown half-dead on the road by the girl’s family died subsequently reports Dainik Bhaskar. The family had admitted him to a private hospital but the youth didn’t survive.

The family members of the 20-year-old girl have been accused of murder and police have registered a murder case against Saddam, Naushad, Mahroof, Irshad, Armaan in connection with the case.

The deceased youth resided in Sandal Kalan area and was working in a factory in Jahri. His cousin Praveen informed the media that Ravi was in a relationship with a girl from the minority community who resided in a village under the Sadar police station jurisdiction. On December 31, 2020, at 8 pm, he went to wish the girl New Year along with his friend Kulbir. As he did not return till morning, the family began looking for him. When they found him, the youth was in a badly injured state and lying on the road between Sandal Kalan and Tharaiya.

The youth informed the doctors during treatment that he and the girl were chatting in the field when the girl’s family attacked him with sticks and poles, A scared Kulbir fled the scene. In his statement, Ravi said that it was the girl who had called his brother Balaram at 9 am on January 2 to tell him that her family had attacked the youth. He also informed that the call recordings were available with him.

Ravi’s death has shaken his family as he was the only earning member of the family. Ravi used to work in Jahri’s liquor factory. He has a big brother who is mentally disturbed. When Ravi was brought to the hospital, he did not have money for treatment. The villagers collected donations and gave 20 thousand rupees.

But by January 2, his bill had swelled to 67 thousand. The family was unable to collect this amount as a result of which handing over of his dead body was delayed. After learning about this, the villagers gathered at the hospital. When the matter got out of hand, police officials including DSP Vipin and Sadar police station in-charge Sunil reached the spot. They took custody of the youth’s body and sent it for post-mortem.

The girl called Balaram, brother of complainant Praveen, at around 9 am on January 2. The girl narrated the entire sequence of events of which Praveen said he has call recording. According to the girl’s statement she and Ravi were talking when her family members Saddam, Naushad, Mehruf, Ershad and Arsan arrived there with poles and rods and started beating Ravi.

Sonipat’s Sadar Police Station In-charge Sunil said that the girl will be questioned about her relationship with the youth to get a complete picture. Search for the accused has begun and further investigations are on-going.