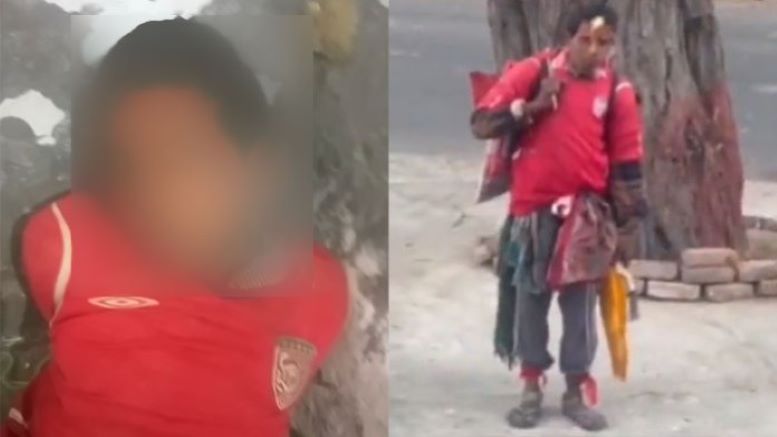 While initial reports had suggested that the man lynched to death inside a Gurudwara in Kapurthala was a petty thief, it now appears that he was just a mentally challenged vagabond who had likely entered the gurudwara to get some food.

In the Kapurthala lynching case, it has come to light that the victim was simply hungry and looking out for something to eat. Reports also indicate that he was mentally unstable and possibly a migrant laborer. As per the police, one of the sewadars spotted the victim in the ground floor kitchen eating chapatis.

He tried to escape after being spotted but was caught by the sewadars who beat him up. Autopsy reveals that the victim suffered close to 30 sword cuts but the Punjab police are yet to file FIRs against those who lynched the man despite the fact that the police haven’t found any evidence of sacrilege either to the Nishan Sahib and the Guru Granth Sahib.

Another important point to be highlighted is the u-turn taken by the Punjab police during the 45-minute press conference. IG Gurinder Singh Dhillon and SSP HPS Khakh addressing the media initially stated that a case had been registered against the accused who lynched the man. They also confirmed that four people had been named in the FIR in addition to 100 unknown persons being included in the same.

SSP Khakh said that the Gurudwara officials had charged the man with ‘sacrilege’ saying he had attempted to desecrate the Nishan Sahib. On the basis of this statement, FIR 305 had been registered whereas the police registered FIR number 306 charging those who lynched the man with murder. Members of the mob have also been charged with obstructing on-duty police officers.

The police stated that social media was used to fan sentiments and gather a mob. Initially, the IG stated that a case had been filed on the basis of the statement issued by the station house officer (SHO). Three policemen got injured while trying to protect the victim from the mob.

However, shortly after receiving at least 8 mysterious phone calls during the course of the 45-minute press conference, the IG did a u-turn and said that no case has been filed against those accused of murdering the man but an FIR had been filed against the victim who had been brutally murdered.

SSP Khakh had earlier confirmed that no sacrilege had taken place and that the man had only entered the Gurudwara with the motive of theft. Furthermore, even the Guru Granth Sahib hadn’t been tampered with.

In fact, details have now emerged that the Kapurthala lynching was nothing but cold-blooded murder of a poor man. “Gory details have surfaced as the investigation into the lynching case at the Kapurthala Gurudwara in Punjab continues. According to the autopsy report of the man who was lynched to death at a Gurudwara in Kapurthala, Punjab, he had 30 deep wounds on his body. The injuries, mostly sharp cuts, were likely to have been inflicted by swords on his whole body, the post-mortem report has revealed”, reports OpIndia.

Earlier, a youth believed to be in his twenties was lynched to death on suspicions of desecrating the Guru Granth Sahib at Amritsar’s Golden Temple. A Special Investigation Team (SIT) was created to probe the incident. However, the police booked the deceased under section 307 of the Indian Penal Code since the Guru Granth Sahib has been considered a living entity as per a Supreme Court ruling. Additionally, he has been booked under section 295A for hurting religious sentiments.

It must be noted that the police found no documents with the help of which they could identify the victim. Even in the Amritsar lynching, the murdered youth has been booked, but only an ‘attempt to murder’ was filed against those SGPC officials and others who lynched him. A crowd was seen congratulating each other even as the body of the youth was lying on the ground within the Golden Temple premises.

In both cases, only the victims have been booked for outraging religious feelings while no FIR has been filed against those who have murdered the victims in cold-blood. “A single case of outraging religious feelings and attempt to murder was registered as the sacrilege took place first and then subsequently the person was beaten to death. In the course of investigation, as the facts come to light, sections will be added accordingly,” said a police officer.

It is tragic that a community that prides itself on running langars (free community kitchens) has been hijacked by an extremist minority who labeled this poor youth as a ‘professional blasphemer’ who was ‘sent from Delhi’ to desecrate the Sikh religion.

But what is even more tragic is that the secular Bharatiya state has not even bothered to ascertain the identity of the victim as yet – so little does his life matter! The entire focus, from all politicians cutting across party lines, is on the so-called ‘sacrilege’ which we are told is plaguing Gurudwaras across Punjab as part of a ‘conspiracy’. Even the youth lynched to death inside Golden Temple, allegedly by SGPC officials and others, has also not been identified as yet.

One held for attack on Punjab Police intel HQs in Mohali