Gang led by Waseem and Riyaz stole 500 cars from Delhi-NCR, sold them in Maoist-hit areas 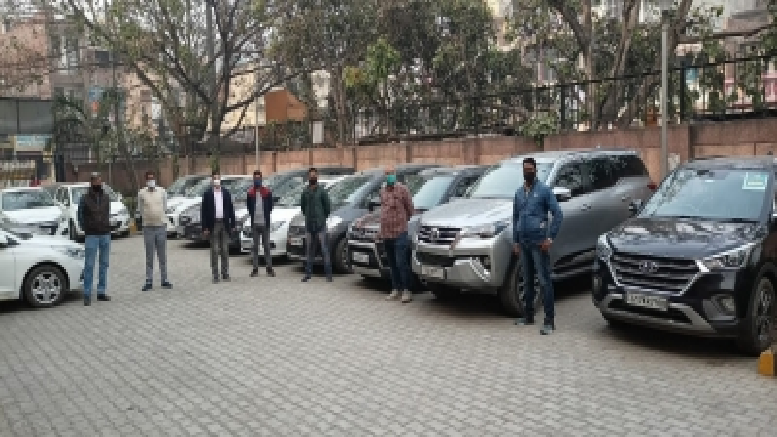 The Delhi police has busted a syndicate involved in the theft and sale of more than 500 high end luxury cars from Delhi and NCR. Three key members of the syndicate have been arrested.

The kingpin Waseem has been operating in Delhi and NCR, Jaunpur (Uttar Pradesh) and Raipur (Chhattisgarh) for the last five years and has been involved in the theft of more than 500 cars. Fifteen luxury stolen vehicles such as Fortuner, Creta, Brezza, Skoda, Ertiga, with one Royal Enfield motorcycle have been recovered.

The gang sold the vehicles in the naxal-hit areas to make it difficult for them to be recovered.

It was revealed that Waseem and his close associate Riyaz, hailing from Meerut in Uttar Pradesh, had formed a gang of auto-lifters about 5-6 years back. Their modus operandi included the purchase of damaged cars’ scrap from the portals of different insurance companies and websites along with the original documents.

Thereafter, they stole cars of the same make, model and colour from Delhi/NCR and transferred the details of the scrapped cars to the stolen cars by tampering with the engine and chassis numbers.

“These stolen cars would be sold later in small towns like Jaunpur, Raipur etc., through car dealers. They’d change the details so skillfully that even the transport authorities and finance companies could not detect the tampering. The gang then established its base in the naxal-hit areas for selling the stolen vehicles to make it difficult for such vehicles to be recovered,” said Deepak Yadav, DCP East Delhi.

An accused Satish Kumar, aged 38 and a resident of Nand Nagri in Delhi, is a car painter. In 2019, he came in contact with Waseem who persuaded him to join his syndicate and asked him to deliver the stolen cars to the receivers at various places. Another accused Kunal Yadav, 33 years old and a resident of Jaunpur in Uttar Pradesh, came in contact with Waseem in 2018, who enticed him with the promise of easy money.

Kunal bought scrapped cars from the web portals of various insurance companies and car dealers and turned them over to Waseem. Rajikullah Khan, 33 years, a resident of Raipur in Chhattisgarh, initially started working as a driver but was not satisfied with the money he made. In 2018, he became part of the gang. His role was to sell the stolen cars with tampered chassis and engine numbers in Raipur.

The kingpin Waseem is yet to be caught and several teams have been formed to arrest him.

Why is Delhi’s air quality so poor, and will continue to be so even after a crackerless Diwali?