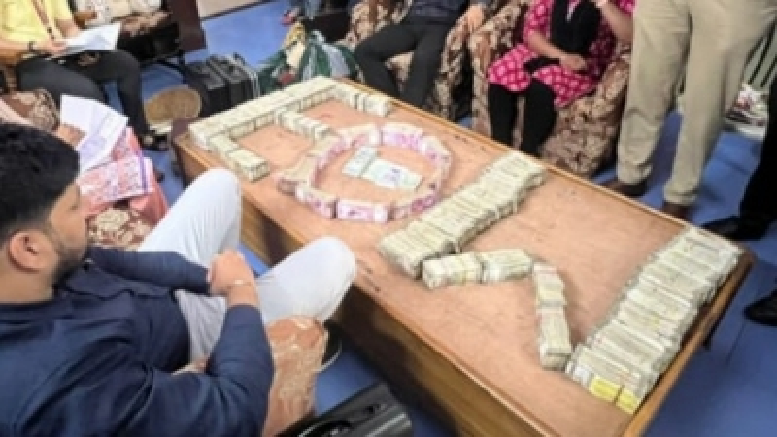 The Economic Offences Wing sleuths in Madhya Pradesh on Monday detained P. C. Singh, bishop of the Church of North India’s Jabalpur Diocese, at Nagpur Airport in Maharashtra for questioning in a cheating case registered against him. As per the official sources, Singh was picked up from the airport on Sunday night and brought to Jabalpur. He is now being quizzed in a Rs 2.70-crore cheating case.

On Thursday, the EOW personnel had raided the bishop’s residence in Jabalpur and had recovered Rs 1.60 crore in Indian and foreign currencies.

The EOW with the help of other central agencies including the Central Industrial Security Force (CISF) was monitoring the movements of Singh, EOW’s Superintendent of Police Devendra Singh Rajput told the press on Monday.

“Singh was taken into custody from Nagpur Airport for interrogation in connection with the cheating case registered against him,” he said.

The EOW last month registered the case against Bishop Singh after a complaint alleged that he indulged in financial misconduct in running an educational society, of which he was the chairman, the official said.

A preliminary investigation had revealed that Rs 2.70 crore collected as students’ fees by the society’s various institutions between 2004-05 and 2011-12 were allegedly transferred to religious institutions, misused and spent by the bishop for personal needs, an EOW official had said earlier.

A case was then registered against Singh and former assistant registrar of Firms and Societies B S Solanki under Indian Penal Code Sections 420 (cheating), 406 (criminal breach of trust), 468 (forgery for purpose of cheating), 471 (using a forged document or electronic record) and 120 B (punishment for criminal conspiracy), the official had said.

Following the EOW’s searches, Madhya Pradesh Chief Minister Shivraj Singh Chouhan on Friday had ordered a probe to check whether the money was being used for religious conversions or any other illegal activity.

Church back to its old tricks to stall development of Vizhinjam Port?