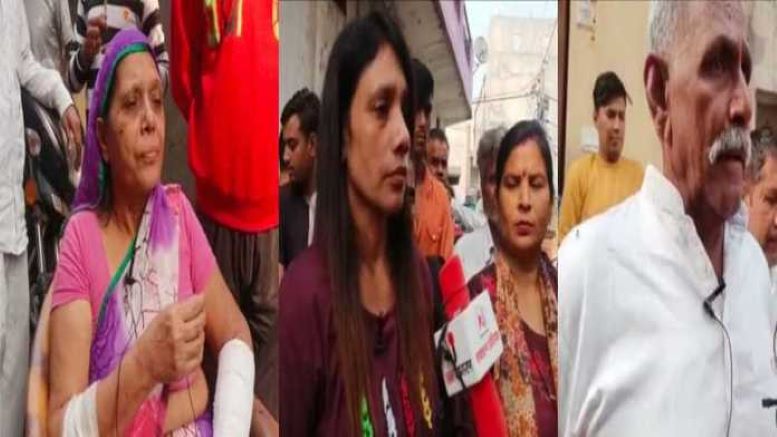 An elderly lady and her 2 minor grandsons were reportedly assaulted by a Muslim mob near Nabi Masjid in Gali 13 Part 1 of Delhi’s Mukundpur. A case has been filed against a Muslim mob in connection with the assault that took place at around 7 in the evening on Friday.

As per available information, the elderly lady Kusum Devi’s grandsons were ambushed by the mob. Devi said that her younger grandson had gone to the market to buy milk when two unknown boys snatched money from him. He returned home in tears and informed his 12-year-old elder brother. Both of them returned to the spot where 3-4 boys had already gathered and the latter misbehaved with the brothers dragging them towards the mosque.

“When the family members of both the children came to know about this, they ran towards the spot. The grandmother of the children, Kusum Devi informed that a man working under Bhola Property started quarreling with her. He assaulted Kusum Devi and the children, and then called 15-20 more people. Kusum Devi has identified Zaheem, Naeem, Alam, and Chhote among others who were in the mob”, reports OpIndia.

Sub Inspector Sandeep Narwal Kumar is investigating the matter. A case has been booked under IPC sections 323, 341, 356, 379, 506, and 34 carrying a minimum sentence of 7 years’ imprisonment.

Hindu organizations have expressed their support for the family and one of them named Mahakal Sena has demanded justice for the family. In the meanwhile, a video has been released saying Hindus would take to the streets in protest if justice isn’t served. The video also accuses the Bhalswa Dairy police of having beaten up the victim’s family.