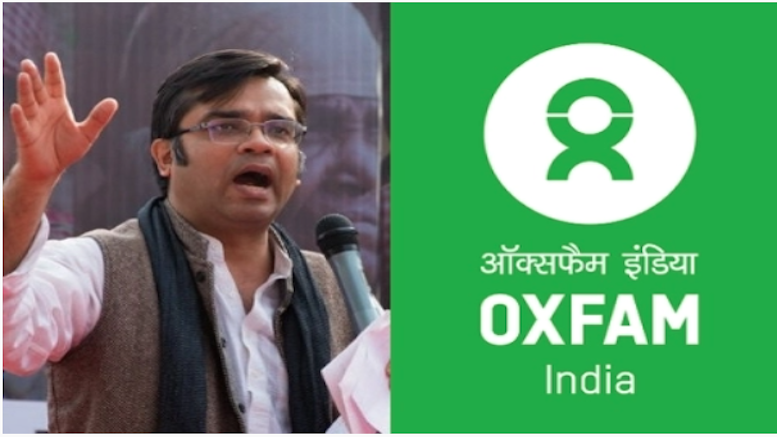 Oxfam India was raided recently along with other anti-Bharat groups. But do you know the history of Oxfam and its role in Bharat?

Oxfam was established to help starving citizens of occupied Greece. Curiously, Oxfam was absent during 1943 Bengal famine engineered by the British. They 1st came to Bharat in 1951 Bihar famine. Oxfam India was started in 2008.

Oxfam India raised funds via crypto during Covid. They teamed with a European crypto COFREE (Covid Free Token) to raise funds. They initially raised $3,000 or Rs. 2,20,000.

The European token COFREE no longer trades, has no working website and the name of the agreement yields no results. There is no other information if Oxfam has received funds from COFREE.

According to Oxfam, Jammu & Kashmir, and Ladakh do not belong to Bharat. This is the map on their website.

In 2018, a British report said 120 charity workers were dismissed over 7 yrs for sexual offences. 87 from Oxfam, 31 from Save the Children and 2 from Christian Aid.

In Haiti, Oxfam senior staff indulged in sexual misconduct, use of prostitutes and bullying.

In 2007-08 Oxfam Netherlands received 70% of it budget from the Dutch govt that is around 130 million Euros which was then used against Israel.

Do not fall for the salty western media crying coarse that Oxfam is unable to carry on its work because of lack of funds. They should be kicked out of the country for foreign interference and subversive activities.

(This article has been compiled from the tweet thread originally tweeted by Stop Hindu Hate Advocacy Network (@hinduhate) on September 8, 2022.)