Chinese national among 4 held in Hyderabad in loan apps scam 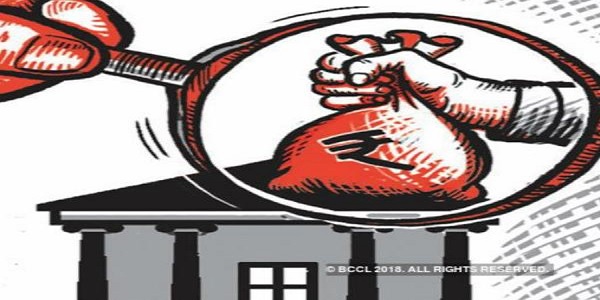 A Chinese national was among four people arrested by Cyberabad police on Friday during a raid on a call centre in Hyderabad in the continuing crackdown on illegal loan apps.

Cyberabad Police Commissioner V.C. Sajjanar said another Chinese national Zixia Zhang is the main accused in the case and he is absconding along with another key accused Umapati alias Ajay.

According to the Commissioner, the accused developed 11 instant loan applications which offer loans to individuals and collect huge repayments including interest, processing charges, GST, default charges, and one per cent penalty after the expiry of loan period. They were resorting to systematic abuse, harassment of and threats to the defaulters through call centres run by them. They even blackmailed the borrowers by sending fake legal notices to their family members and relatives.

The Cyber Crime Police Station had recently registered eight cases against loan applications after a complaint from a citizen. The complainant said he obtained Rs 1.20 lakh loan from 28 instant loan apps and though he paid the loan amount of Rs 2 lakh, he received abusive and threatening calls.

The applications developed by these companies were involved in 11 different cases registered in Cyberabad, Hyderabad and Rachakonda police commissionerates.

Sajjanar said the applications were developed in such a way that on installing these apps, they get the access to the contacts, mobile information and other data in the device. These applications collect the id proofs, PAN card, KYC documents, and bank account details of the customers. They check the genuineness of the documents and disburse small amounts in the form of loans into the customers’ bank accounts after debiting the processing charges and GST i.e., 25-30 per cent in advance.

This was the latest in a series of crackdown by police. Earlier on December 22, Hyderabad and Cyberabad police had announced arrest of 17 people in raids conducted in Hyderabad and Gurugram.

The police swung into action after three persons committed suicide due to harassment by the employees of online loan apps last week. A techie and a woman government employee were among those who ended their lives.

Hyderabad Police Commissioner Anjani Kumar said four companies had hired around 1,100 executives to run the multi-crore illegal businesses through which thousands of people were victimised across the country.

The police chief said that Cyber Crime Police Station had recently registered 16 FIRs pertaining to issue of loans by alleged unauthorised loan apps and harassment of the victims by the companies running the apps through their call centres.

Police raided two locations in Gurugram and three locations in Hyderabad which were running organised tele caller centres, which were being used to persuade, harass and intimidate the loan defaulters.

Eleven heads and important members of the call centres were arrested.

(The story has been published via a syndicated feed with light edits to conform to HinduPost styleguide.)