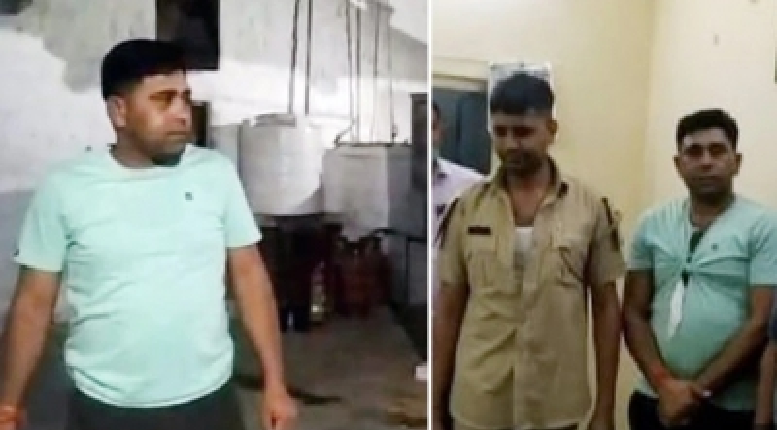 The CCTV cameras installed in the jail premises have revealed the behind-the-scenes story about the escape on Monday night of 16 prisoners from Phalodi jail in Rajasthan’s Jodhpur district by putting chilli powder in the prison staff’s eyes.

The cameras clearly revealed how some staff members enacted their roles smartly to turn the plan into a success.

While the scene looked similar to a Bollywood flick, the script too had complete narration of a Bollywood story.

However, the jail employees as well as the prisoners failed to see that a CCTV camera installed above was capturing the pictures of jail staff soon after the prisoners escaped.

In one of the pictures, two guards are seen standing with torn clothes before senior officers who arrived for an inquiry. However, another scene recorded in the camera revealed that two of them along with a woman constable were properly uniformed with no torn clothes and they were seen offering water to Madhu, a woman guard. All three were in proper uniforms and this was the time when none of the officials had arrived for the inquiry.

Madhu in fact had cooked up a story that the prisoners threw her in a corner when she tried to stop them which left her injured. However, when grilled by DIG Surendra Singh Shekhawat, she spilled the beans, said officials.

The prisoners had made a daring escape in a Scorpio that had been parked strategically outside the prison premises.

Even two days after the incident there is no clue about the whereabouts of the 16 prisoners even as the police have intensified their search.

A senior police official told IANS, “They made the biggest mistake of their life as now a case will be registered against them, under legal and administration sections and they will also have to undergo further jail punishment. The first priority will be to nab them and send them behind bars. However, in the second option, their warrant will be issued under section 299 and their properties will be seized within the next seven days.”