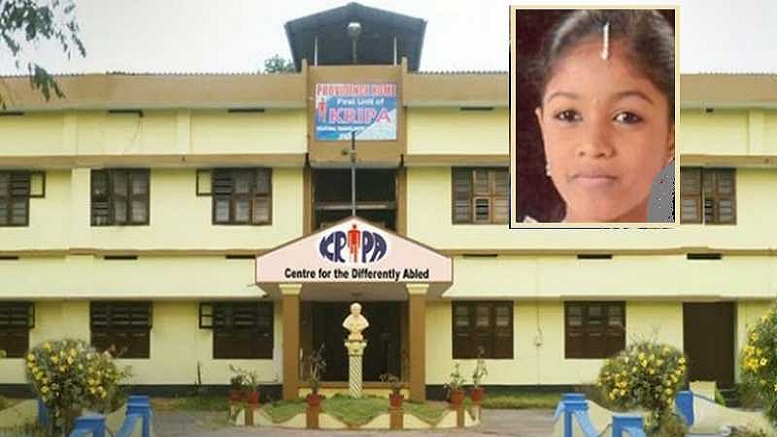 Recently the long drawn battle of getting justice for Kerala nun Abhaya’s murder came to an end with the court sentencing the Catholic Christian priest and a nun who killed and dumped her in a well for accidentally witnessing them in a compromising position. Now the possibility of another case of a young girl whose body was found in mysterious circumstances being served justice has emerged with the CBI holding a Catholic priest and a nun responsible for the girl’s death.

Shreya Benny, a 12-year-old girl was found dead in a pond in the premises of a church run organisation in 2010. According to news reports, the girl had been attending a personality development camp in ACCEPT Kripa Bhavan center from October 15, 2010 which was to end on October 17. She was staying with 50 other kids who were attending the camp and it was organised by the Syro-Malabar Catholic archdiocese of Changanassery at Kaithavana near Alapuzha town as per UCA news.

On October 16, she went missing and was found dead in the pond located in the premises of Kripa Bhavan the next day after a few hours of being reported as missing. Initially local police investigated the matter and declared it to be a suicide and the crime branch also followed suit similar to how it behaved in nun Abhaya’s murder case. They assumed that the girl could have sleep walked and fell into the pond as they couldn’t fit any other theory with the post mortem report declaring that she died due to drowning.

However, that she had the habit of sleep-walking was not proved and injuries were found on her face. The Hindu reported that there were contradictions in the statements of the inmates and the authorities of the center which made Shreya’s parents doubt the investigation and the theory they put forward. They requested the then CM Oomen Chandy to direct the crime branch to investigate their daughter’s death.

In November 2010, crime branch officials drained the pond where the girl was found dead to rule out the possibility that the injuries on her face, with two marks on her lower lip as specified in the post mortem report, could have been caused by fishes. There were no fishes that could have caused the injuries so that angle was ruled out. Later in 2011 the case was handed over to CBI. But CBI didn’t take up the case as it was short of manpower. Crime branch police once again started investigating the case as Shreya’s parents’ behaviour suddenly changed.

While they had been very adamant about getting justice for their daughter earlier, suddenly they didn’t want to pursue it and didn’t want it to be investigated anymore. Crime branch officials observed that Shreya’s father had bought a new lorry and her brother had bought a new auto rickshaw. Her mother also had taken up a new job in an English medium school in the neighborhood. Interestingly it was Shreya’s sister Shruthi and grandfather Mathai who still wanted justice for Shreya.

Crime branch official Rajagopal who was heading the investigation told The Hindu that they didn’t have any medical evidence to prove that it was a murder and “We believe that Shreya fell into the pond while she was trying to escape from an official at the retreat, who tried to misbehave with the girl in his room on October 16“. They tried to perform the Narco analysis test on the ‘official’, Fr. Mathew Moonnattinmugham, but it couldn’t be done as he refused to undergo the test.

Credits must be given to Kalarcode Venugopalan Nair, a social activist who took the case to court demanding a fair investigation. He took it up with the high court when CBI refused to take the case and the court directed the agency to investigate the case in 2018. After 10 years since the girl died, CBI has reportedly submitted the charge-sheet in which it has held Fr. Mathew and nun Sneha Maria as the ones responsible for Shreya’s death. Fr. Mathew Moonnattinmugham was then the director of the Church center, and Sister Sneha Maria conducted the personality development program for Sunday School students.

However, Fr. Mathew has turned this around as a case of the ‘Communist government targeting the Church’, a laughable proposition for anyone who has followed Pinarayi Vijayan’s pandering to Kerala Churches representing various Christian sects and cults.

Just recently, a nun Sister Jaseeena was found dead in suspicious circumstances in a waterlogged quarry outside her convent. It became yet another case in a long list of disturbing cases of nuns ending up dead in water bodies like wells. Divya P. Johnny, Susan Mathew, Stella Maria, Sister Abhaya are just some of the nuns, considered ‘Brides of Christ’, found dead in similar circumstances; Over 20 such cases have been reported in Kerala since 1987!

Investigations have found that Catholic priests and pastors have been preying on nuns for sex and raping them for decades in churches across Bharat; rape-accused Bishop Franco Mulakkal being the most recent example. And child sex abuse scandals involving both Catholic and Protestant churches have come to light all over the world.

With such long drawn cases coming to fore with the help of social media, church’s behaviour in handling sexual harassment and abuse stands exposed as even in this specific case they seem to have influenced and paid off the victim’s family to suppress the matter. It also shows how daringly the clergy commits crimes for it to be nonchalant about the loss of a young life and the immorality prevalent in the church.

Whether Christians or non-Christians, it has become necessary for all right-thinking citizens to speak up against the Church’s institutionalized sexual abuse epidemic targeting children and nuns, and senior clergy’s brazen attempt to subvert the law of the land by deferring to extra-constitutional foreign authorities.