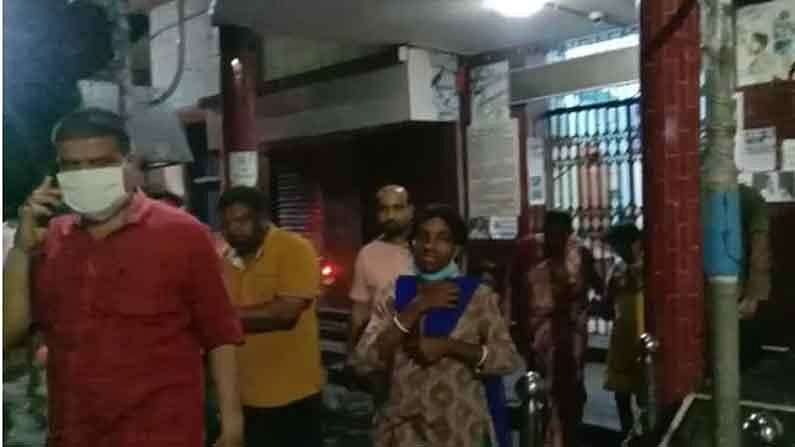 The trail of political murders continues in West Bengal even as the CBI investigates the murders of numerous BJP workers and leaders that have plagued the state since TMC’s electoral victory in May 2021.

BJP worker Debashish Shil was lynched to death in Medinipur town’s Barabazar area on September 7. His wife has accused the TCM party cadres of killing Debashish for being a BJP worker.

The incident happened at Ward No. 10 of the area. Debashish had gone to fetch water from the public tap in the evening, but local TMC workers allegedly stopped him from taking water which led to a verbal spat between the Debashish and TMC cadres.

Soon, the hoodlums assaulted him with sticks and iron rods causing severe injuries. The locals somehow rescued Debashish and rushed them to the nearby Medinipur Medical College Hospital. But he couldn’t be saved and succumbed to his injuries at night.

Accusing the TMC of her husband’s death, the wife of the deceased further alleged that her next-door neighbour Mamata Dey and her family are TMC activists. They have prohibited her from taking water from the public tap several times because they are from the BJP. “They have physically assaulted my husband by punching and kicking him, they have also bitten me,” alleges the bereaved wife.

Local BJP leader Arup Das said, “Debashish Shil was our general secretary for Ward no. 199. He was being threatened by people from the TMC camp since the result of the booth was not in their favour. His family was not allowed to take water meant for the public from the local tap. There have been disputes on this matter previously as well and Debashish’s wife had informed the police about that earlier also.”

Das further alleged that Trinamool activist Mamata Dey, who was previously referred to as a neighbour by Debashish’s wife, had again prevented them from taking water, which triggered the fight. When Debashish went out in protest, TMC activists assaulted him and he suffered a fatal head injury.

The local BJP leadership also accuses that it was the inaction of the local police that led to Debashish’s death. Though his wife had approached the police, they paid no heed to her complaints. Soon after the TMC’s victory in the assembly elections, the victim family was being harassed for their association with the BJP by the cadres of the ruling party.

On the other hand, the ruling dispensation completely ruled out possibilities of political involvement in this murder and has called it a ‘trivial neighbourhood clash’ and alleged that the opposition was falsely giving it a ‘political character’. They have appealed to the police to investigate if there are any other angles leading to the murder.

Meanwhile, a complaint of murder has been lodged at Medinipur’s Kotwali Police Station. According to sources, three accused have been detained by Kotwali Police.