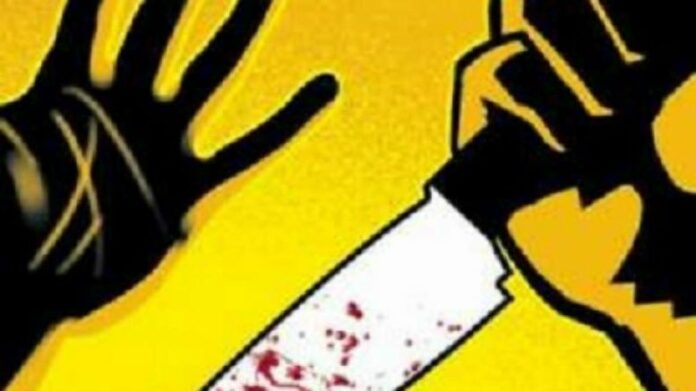 The world media fraternity may witness the killing of a large number of journalists in 2022, but Bharat has slightly improved its statistics from 15 media-victims in 2020, 6 casualties in 2021 and 4 this year. Amazingly, once known as a troubled region in the country, northeast Bharat has avoided any journo-murder in the last five consecutive years. Last time, the region witnessed two journo-casualties in Tripura, when the State was ruled by now dethroned Left leaders.

As the year 2022 sets to end its journey, it has been termed as another deadly year for working journalists across the globe with casualties as high as 115 in 29 countries. Around the world, the number of journo-victims has increased by 45% this year compared to 2021 (79 casualties). It is the highest number of casualties since 2018 with a brutal deterioration in Europe due to the war in Ukraine, said Blaise Lempen, president of Press Emblem Campaign, the Geneva-based global media safety and rights body, adding that those responsible for these crimes must be brought to justice as quickly as possible.

By region, Latin America is ahead with 39 journalists killed, followed by Europe with 37 victims, then Asia 30, Africa 7 and North America 2. Europe experienced the worst deterioration in the safety of journalists since the wars in former Yugoslavia from 1992 to 1999. In Ukraine, it is very difficult to establish the exact circumstances of the deaths of journalists in the absence of an independent investigation. At least 34 victims (including 8 foreign nationals) have been counted since the Russian invasion that started on 24 February. No less than 8 journalists were killed in the line of duty, 12 others on Russian shelling attacks and at least 14 as fighters in the Ukrainian army.

After Ukraine, Mexico remains the most dangerous country with 17 victims since 1 January. The media professionals become targets of the criminal gangs in a climate of violence and impunity. Though it’s very difficult to establish exact circumstances of the death of journalists, other countries with journo-casualties are recorded respectively as Haiti (8 victims), Pakistan (6), Philippines (5), Colombia, Bharat (4 each), Bangladesh, Israel/Palestine, Yemen (3 each), Brazil, Myanmar, Somalia, Syria, USA (2 each), Central African Republic, Chile, DR Congo, Guatemala, Kazakhstan, Kenya, Paraguay, Russia, Sweden, Turkey and Vietnam (1 each).

Pakistan also continues to be dangerous countries for the media professionals in the recent past. The country lost journalists Sadaf Naeem, Arshad Sharif, Muhammad Younis, Iftikhar Ahmed, Hasnain Shah, Murtaza Shar and Athar Mateen in different incidents in 2022. Naeem, a Pak television reporter and mother of two children, was crushed to death as she fell from a truck during the political march led by former Prime Minister Imran Khan. Another broadcast journalist Sharif, who remained critical to Pak military agencies, was shot dead in Nairobi by the Kenyan police personnel.

Bharat witnessed the murder of journalists Rohit Kumar Biswal, Sudhir Saini, Juned Khan Pathan and Subhash Kumar Mahato in 2022. Our tiny neighbour Bangladesh recorded three media-casualties (Hashibur Rahaman Rubel, Mohiuddin Sarker Nayeem and Abdul Bari) in 2022, whereas Myanmar lost photojournalist Aye Kyaw and reporter Pu Tui Dim to the relentless military atrocities. It’s a matter of relief that there was no report of journalist’s murder in Afghanistan this year, compared to 12 casulalties after the Taliban forces acquired power in Kabul last year. Many Afghan journalists have however left the country to escape the organizational atrocities.

Eight north-eastern States including Sikkim, Arunachal Pradesh, Assam, Nagaland, Manipur, Mizoram and Tripura have completed another year with no incident of journo-murder. Tripura reported the murder of two journalists (Shantanu Bhowmik and Sudip Datta Bhaumik) in 2017 for the last time in the region. Shockingly, the same CPM ruled State witnessed horrific killing of three media persons (Sujit Bhattacharya, Ranjit Chowdhury and Balaram Ghosh) in 2013 at a Bengali newspaper office inside Agartala.

Once disturbed the States of Manipur and Assam witnessed the murder of journalists for the last time in 2012, as Dwijamani Nanao Singh and Raihanul Nayum respectively fell prey to perpetrators. However, prior to that Assam under the Congress and AGP rule reported a large number of casualties among media persons (over 20 editors/ reporters/ correspondents killed since 1991). The assailants included insurgents, surrendered militants, forest mafia, local goons, etc., who seemingly enjoyed impunity from the then political elements.