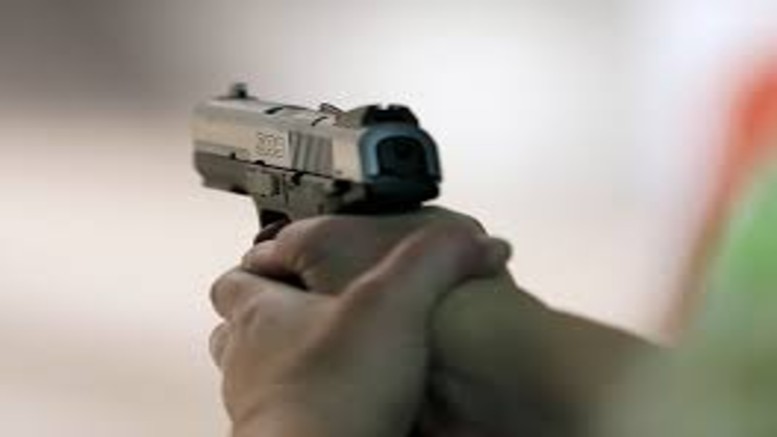 Popular twitter user Shashank Singh who goes by the handle @BefittingFacts has been doxxed and threatened by an anonymous account with the username @rosso_alpha. The anonymous account that has ‘Bengali Supremacist’ as it’s bio has threatened him through a Direct Message on Twitter.

I had received this threat yesterday. Have submitted a written complain in Cyber Police Station, Lalbazar. Hope @KolkataPolice will find this user soon. @CPKolkata pic.twitter.com/fiS7QRdbRJ

Shashank Singh has filed a police complaint with the Cyber Crime Department in Lalbazar, the headquarters of Kolkata police. The anonymous user’s account has since been deactivated. In his complaint Shashank has highlighted how the user played the linguistic and ethnicity divide to target him. 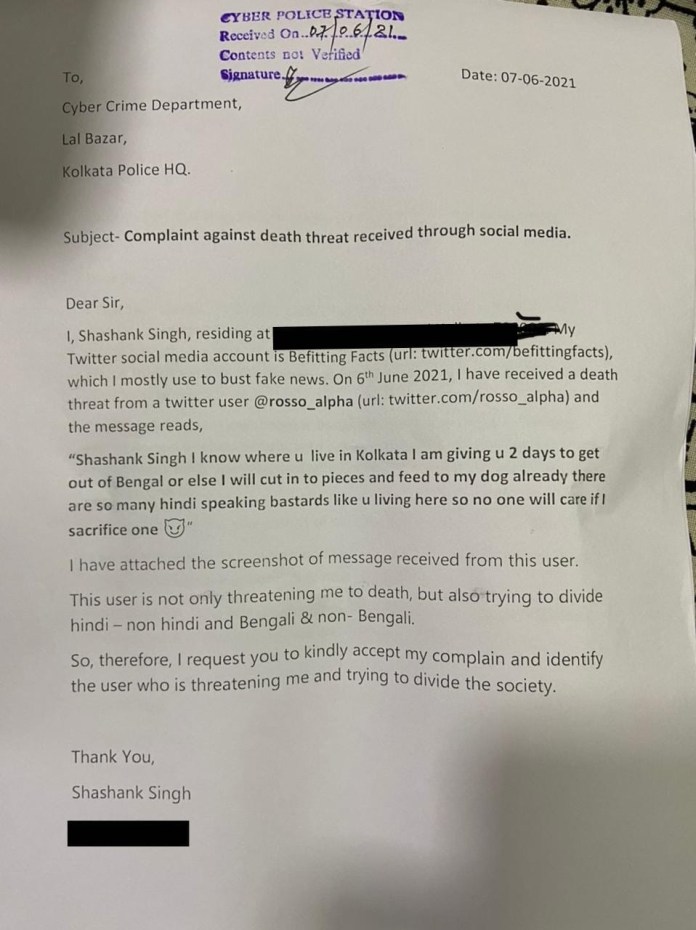 During election rallies, CM Mamata Banerjee was at the forefront of fueling such dangerous xenophobia against those she termed ‘outsiders’. She and others in her party routinely labelled the people of Uttar Pradesh, Bihar, Maharashtra as goons, molesters, and bargis. She even incited people against central police forces like CRPF, and asserted that “outsiders” are coming to Bengal to erect Modi’s rally’s tents and spreading Coronavirus across West Bengal. She further demanded that only people of Bengal should get to work in Bengal and those who do not belong in Bengal, “why should they come in”?

The post-poll pogrom in West Bengal continues with doxxing and targeting even people who rebut fake news in social media. On June 6, 25 year old BJP worker Jayprakash Yadav was blown to bits after crude bombs were thrown at him. So far 27 BJP workers and their family members have been murdered since the election results were announced on May 2. Anywhere between 40K – 1 lakh Hindus have been displaced in the state-sponsored violence unleashed against BJP workers and supporters.