Amir and Rashid shoot and critically wound Dr. Sandeep Jaiswal after their brother dies of Covid-19 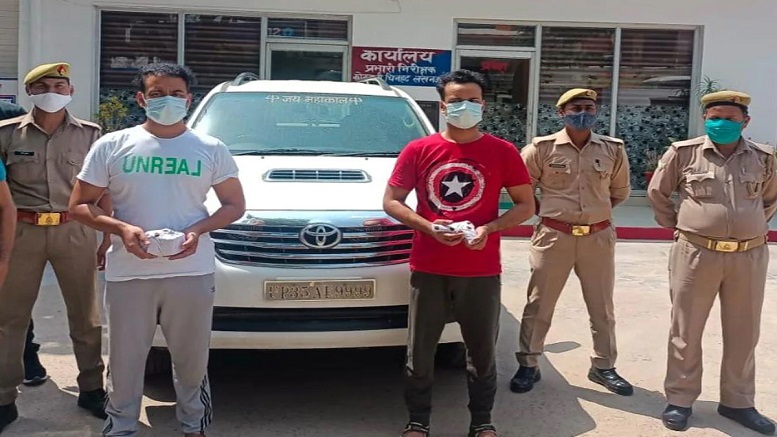 Just before midnight on 25 May, Dr. Sandeep Jaiswal, a doctor from Lucknow UP, was shot at from close range and severely injured. He is in hospital where his situation remains critical. The accused brothers named Amir and Rashid were caught on CCTV fleeing the scene following which the police detained the duo.

The doctor owns the Harshit Hospital & Trauma Center in the city and was on his way home from work when the attack happened. The assailants followed Jaiswal’s SUV in another SUV and blocked his vehicle barely 200 meters from his home. They then hit his windshield with a brick and shattered it before they fired at close range.

One of the bullets lodged itself in Jaiswal’s skull somewhere between his jawline and the back of his head. Locals hearing the gunshots rushed to the scene by when the assailants had escaped in their SUV. The doctor was rushed to Lucknow’s Ram Manohar Lohia hospital and was later shifted to the trauma center, kept under observation for 24 hours before being operated, to remove the bullet.

The police recovered both bullet casings and CCTV footage from the vicinity of the crime. Having got the plate numbers of the white SUV Fortuner that Amir and Rashid used for the crime, the UP police tracked them down. Both the vehicle and the pistol have been confiscated. The brothers admitted to the crime and during questioning revealed the events that led to the brutal murder.

Khalid died during the treatment at Apollo. His death and the hospital bills allegedly enraged the brothers. They believed that Jaiswal was responsible for the death, following which they planned to eliminate him.

Thousands of Bharatiyas have been left grieving their loved ones who passed away during the Covid-19 second wave. The pandemic has left millions across the world distraught. Hundreds of doctors, nurses and other frontline workers have sacrificed their lives, soldiering on against impossible odds while battling this once-in-a-century pandemic.

So why is that Bharat’s so-called minority community is found violently lashing out against doctors and hospitals with such sickening regularity? If we look at the spate of such attacks since the pandemic began – whether it is directed against health workers screening for the virus, nurses and staff in quarantine centers, or doctors treating patients – the number of accused from this one community are disproportionately high. Yet, our state insists on treating them as a ‘victimised’ community which deserves special protection. Are the lives of Hindu doctors and general citizens so cheap?