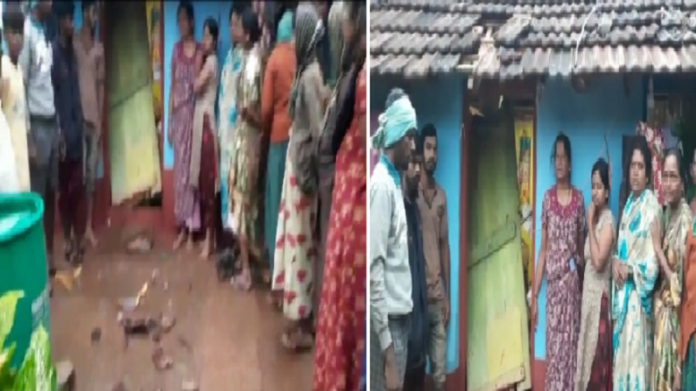 Police in Karnataka on Monday arrested seven people, including three women and a minor boy, in connection with the vandalisation of a liquor shop.

The arrests were made early in the morning from Muslapura village in Chikmagalur district.

Family members have however alleged that the seven people were allegedly dragged out of their homes by police officials after they broke open the doors.

On Saturday, a group of women barged into the liquor shop in the village and smashed the furniture in protest against the opening of the outlet.

The women had opposed the opening of the liquor shop in the village twice before.

The liquor shop was opened in spite of the resistance, and about 50 women from the surrounding villages and with the help of locals decided to get the liquor shop closed.

The women claimed that their husbands will spend everything on liquor if the bar is allowed to open and leave them with nothing.

The women first questioned the persons who were in charge at the liquor shop and later, when they did not agree to close the shop, they barged inside and smashed the tables and chairs.

People have appreciated the courage of the women for taking on the powerful liquor lobby in the area.

The police department is drawing flak from all corners for its crackdown on poor families who are raising their voices against the opening of liquor shop.