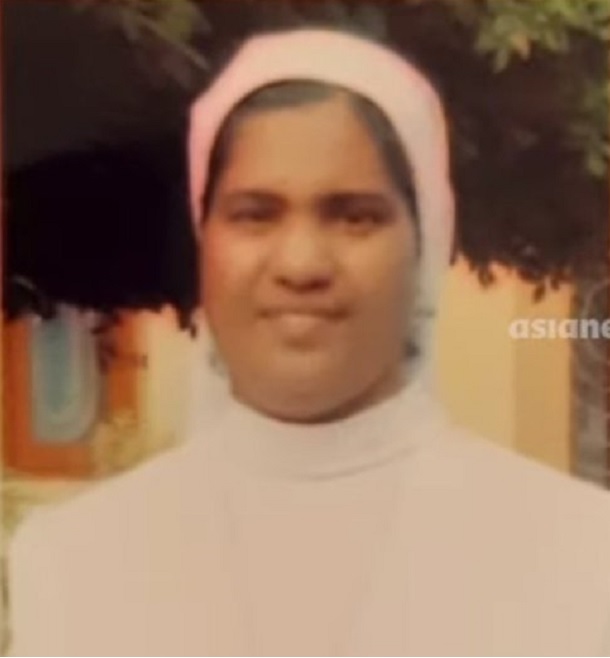 Sister Jaseena, an inmate nun of St. Thomas Convent near Vazhakkala in Ernakulam district of Kerala has been found dead under mysterious and suspicious circumstances. Around 4 pm yesterday, her body was found in an abandoned granite quarry. The quarry is waterlogged and deep and is adjacent to the convent where Jaseena lived.

A native of Idukki, the 45-year-old sister was an introvert. The convent claimed that Jaseena had a history of ‘mental instability’ for the past 10 years.

The chronology of events as per the convent is as follows. Jaseena had breakfast at around 10 am in the morning but did not join the other nuns in their prayers after she complained of headaches. At 1 pm, when her roommate went to invite her for lunch Jaseena was not in her room. They then searched the premises and found her missing. They enquired with Jaseena’s parents who informed them that she was not there either. It was then that the convent informed the police authorities.

Even as the police were enquiring, the convent informed them that her body has been found in a nearby quarry. The police and the fire service immediately reached the spot and retrieved the body. A case of unnatural death has been registered. The police have sealed off the room used by the deceased. Both the inquest and the post mortem will be held today. The Thrikkakara Assistant Commissioner of Police informed that the priority is a Covid result that is expected by noon. If negative, the post mortem will be conducted in the presence of a magistrate.

The relatives of the deceased reached the convent by 9 pm. Local media reported that her relatives are not aware of any mental issues that Jaseena is alleged to have faced. They also denied knowledge of the nun being under any prescription drugs, to explain her alleged psychiatric disturbances.

That the body was found floating has raised suspicions. There is no way a body could float to the surface of the water in a few hours after drowning. It usually takes a minimum of one to two days, if not more. Or was she already dead before her body hit the water?

Citing the track record of such missionary convents, neighbors want closer scrutiny, and vigilance on the part of the investigators to bring the truth to the surface. There have been just too many disturbing cases of nuns ending up dead in water bodies like wells for this case not to arouse suspicions – Divya P. Johnny, Susan Mathew, Stella Maria, Sister Abhaya are just some of the nuns, considered ‘Brides of Christ’, found dead in similar circumstances. Around 20 odd cases of of nuns found dead in wells in various convents in Kerala have been reported since 1987!

21-year-old nun Abhaya finally got justice 28 years after her murder when a Catholic priest and nun were given life imprisonment for killing her as she had chanced to see them having sex in the convent.