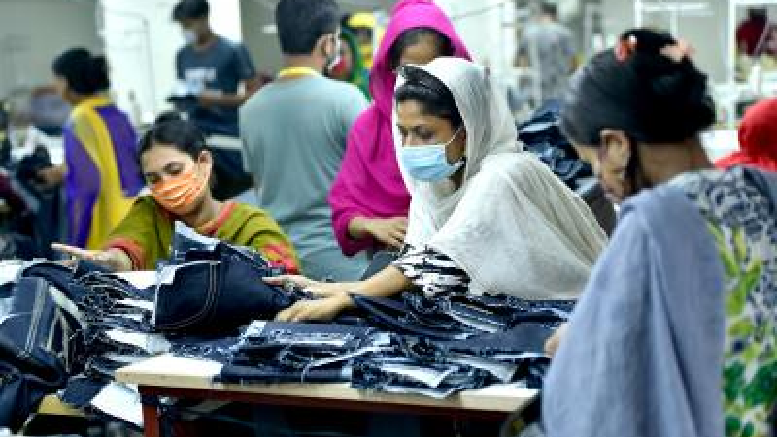 The Yogi Adityanath government will set up new garment units in the state, which will also export the products and along with it create new employment opportunities.

The foundation stone of flatted factory complexes in Agra, Gorakhpur and Kanpur will be laid in the next 100 days. These include the setting up of units of garment production.

According to the government spokesman, the state’s handloom and readymade garments have always been popular in every nook and corner of the world. Carrying forward this glorious legacy, the Uttar Pradesh government has planned to promote the readymade garment industry in many districts of the state.

The spokesman said on Tuesday that in the Lok Kalyan Sankalp Patra 2022, five lakh employment or self-employment opportunities will be provided by making Uttar Pradesh a global textile hub in the next five years.

A world-class textile park will be developed under the PM Mitra scheme of the Government of India, with a proposed investment target of Rs 10,000 crore.

The process of setting up an Apparel Park in Noida will be started in the next 100 days and the foundation stone is likely to be laid in July 2022.

About 115 export-oriented textile units will be set up in this sector by June 2022 with an investment of Rs 3000 crore. Also, the process of setting up five new textile and apparel parks on PPP mode is being expedited. Development of handloom and textile clusters is proposed in each block of the state in the next five years.

Additional chief secretary MSME and Information, Navneet Sehgal said that Chief Minister Yogi Adityanath believes that there are immense possibilities for employment generation in the textile industry sector in the state.

Last year, the State Government had invited proposals for the development of Textile Park and Apparel Park. Efforts are underway to establish at least 5 Apparel/Garmenting Parks in the periphery of Uttar Pradesh, 50 km from Jewar Airport of District Gautam Buddha Nagar.

A proposal is in the pipeline to develop the Purvanchal region of the state, especially as a centre for the readymade garments sector.

After terracotta in Gorakhpur district, readymade garments have been included in Gorakhpur’s One District One Product Scheme (ODOP). A flat factory complex being developed by Gorakhpur Industrial Development Authority Area (GIDA) will be built which will have textile units.

In addition, there is a plan to set up an Integrated Textile and Apparel Industrial Park in the Agra district. With the implementation of these ambitious schemes, Uttar Pradesh will get opportunities to play a leading role in industrial production, employment and exports.