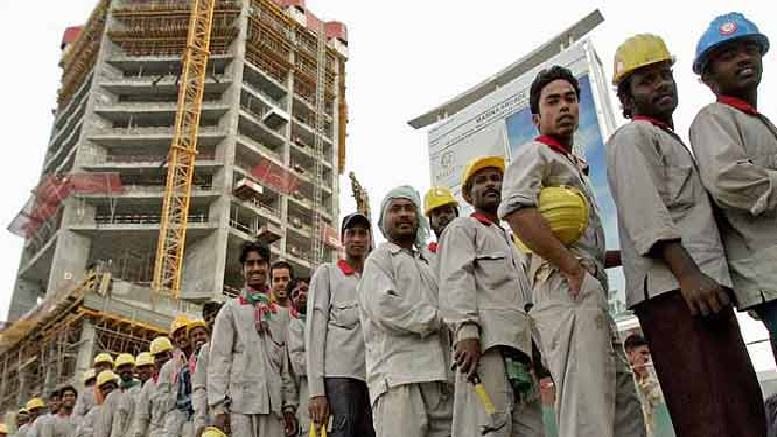 136 million across the country are working without any formal contracts. According to various sources, the following are the details available of the working population in our country.

The above totals to 682 million

This totals to 260 million

Details of Migrant population in our country-

According to 2001 census, 307 million people are migrant workers. The same is estimated to be at 400 million currently.

There are currently 30 million Bharatiyas working abroad, out of which 9 million are in GCC (Gulf Cooperation Council).

Labour intensive sectors in Bharat that are mostly managed by private labour contractors are:

Though we have some indicative and rough estimates of data on working population in unorganised sector and the migrant workers, the fact remains that we do not have official and authentic data on this which can be relied upon. Probably, this could be one reason that the government made a wrong calculation about the impact of COVID-19 lockdown on the migrant population.

We already have two important laws in place that are basically intended to protect the social and economic interests of the workers in unroganised sector like- Inter-State Migrant Workmen (Regulation of Employment and Conditions of Service) Act, 1979 and Unorgainsed Workers Social Security Act, 2008.

While the Inter-State Migrant Workmen Act is meant for the contractors and employers to maintain records of the details of migrant workers and submit the same to the government at periodical intervals, the unorganised Workers Social Security Act is meant to make the unorganised workers entitled for the benefits of various social security and welfare schemes of the government like- Indira Gandhi National Old Age Pension Scheme (IGNOAPS), Janani Suraksha Yojana (JSY), Janashree Bima Yojana (renamed as Aam Admi Bima Yojana), Rashtriya Swasthya Bima Yojana (RSBY), National Scheme for Welfare of Fishermen and Training and Extension, Handloom Weavers’ Comprehensive Welfare Scheme.

As a result we find that many of the migrant workers are missed out from BPL Survey and unable to take part in electoral system.

Shift in the working pattern

Studies reveal that during the last decade there has been a significant shift in the pattern of jobs undertaken by the people in the unorganised sector and the migrant workers. While in the past majority of these people were working in manufacturing, mining and construction sectors in the last decade there has been a considerable shift towards service sector, a study mentions that 5-7 million migrant workers in Mumbai, Delhi and Bangalore are from UP, Assam and Bihar. The composition of these 5-7 million migrant workers in these metros indicates –

Who are the affected people during COVID-19 lockdown?

People working in both organised and unorganised sectors without job protection like-daily wages, contract labour, migrant workers and also people with low salaries and high debt burdens are the most affected lot during the COVID-19 lockdown. Therefore, these people on no choice basis had started going back to their home towns in rural areas and some of them even decided to go by walk travelling hundreds and thousands of miles from the work locations. These people were forced to go back to their home towns mainly due to two reasons- (i) No incomes during the lock down period. (ii) Uncertainty on how long the lock down period will last.

Currently the matter is in Supreme Court and sub judice. Nevertheless, as a long term solution to this issue it is time that both the centre and the states work in a coordinated manner, review and modify the above mentioned two laws in order to suit the current scenario and ensure effective implementation of the same so that the country will have an authentic data base of the workers in unorganised sector (including the migrant workers) and these people are duly provided access to the various social security and welfare schemes which takes care of the food and healthcare needs of these people.

The governments have to have a dialogue with the industry representatives and federations to evolve an action plan to provide income insurance cover to this working population so that in lock down conditions like this, these people get their wages/ salary protection. Let us hope the governments and the industry will work towards a long term solution for this issue.