Stellar FDIs for a solid economy Foreign Direct Investments, commonly known as FDI’s are a source of long -term non-debt financial capital for an economy. FDIs happen to take place when companies from outside Bharat, invest in Bharat on a physical level, i.e. through opening a manufacturing unit, setting up offices and carrying out operations in Bharat.

FDI is an important factor for Bharat’s economy since it is a developing economy and it needs to create employment on a significant level, thereby contributing to growth.

According to new developments after Prime Minister Narendra Modi’s investor conference, Bharat is expected to be the hotspot for FDIs in the post-pandemic era. Bharat has shown resilience in recovering from this pandemic reviving the animal spirits.

We are already seeing investments coming in from developed economies and amount has amounted to $500bn over the last 20 years. The meeting was dominated by an opportunistic theme saying, “If investors want returns with reliability, Bharat is the place to be”.

The AIM reforms, Agriculture, Infrastructure, Manufacturing, as I call them, clearly are a sign of fundamental structural shifts in Bharat. It is pertinent to note that these sectors needed much attention from the policy makers.

Covid-19 pandemic has opened up a plethora of opportunities in Bharat, which earlier were a hard nut to crack partly because of China’s strong presence in manufacturing. 13 sectors including food-processing, textiles mobile phones,  allied equipment, defence, automobiles and components, pharmaceuticals and medical devices are laid down under the production linked incentive scheme to reboot Bharat’s manufacturing.

Moreover, as per the government’s AatmaNirbhar Bharat package and Budget 2021, FDI limits in the defence and insurance sector have been raised from 49% to 74% respectively. The intention is to promote indigenous production for defence equipment and increase penetration in the under penetrated Insurance sector.

To understand more about FDI investments in Bharat, Let us look at some key statistics:

From the above chart, we can see that FDI inflows have been somewhat steady in the last five years falling in the Q1 of FY21. However, Q2 of FY2021, we saw a stark rise in inflows. Cumulatively, for FY21 (Apr to Sep) the FDI amount clocked to $30bn marking a 15% increase from the same period of FY2020. The credit goes to investment policies emanating from AatmaNirbhar Bharat package, which have been successful in instilling confidence amongst investors.

If we look at last two decades i.e. from 2001 to 2021, FDI’s have grown at a CAGR of 26.5% in 2001 to 2010 but have slowed down in the decade after great financial crisis to 6.2%. Typically, Foreign Investments are subject to changes in the economic as well as political landscapes. We could see that FDI inflows were impacted by the recession, followed by Goods and Services tax in 2017.

Let us look at the trending sectors, which attracted high FDI inflows:

We are seeing a shift in the sectors attracting FDI investments on account of the pandemic. In FY21, electronics (computers software and hardware), services sector, trading apart from, and drugs and pharmaceuticals sector saw higher investments than other sectors.

We can witness a changing growth contributions picture with agriculture and manufacturing gaining more share from the services sector.

Let us look at countries from where FDIs are flowing to Bharat:

From the above chart, we can see that FDIs are mainly coming in from Cayman Islands, UK, US, France and Singapore to some extent. This is an interesting observation for me since Cayman Islands is considered as a “tax haven”. This money is not pure FDI but round tripping for tax avoidance tendencies. Interestingly enough Cayman Island contributes to 7% of total FDI inflows.

This pandemic has led major economies to shift focus from China and set up their base in other emerging economies. It is the right opportunity for Bharat to set up its manufacturing base again.

Lastly, let us look at the states, which are receiving higher FDIs:

From the above diagram, we can see that only a handful of states namely, Gujarat, Delhi, Uttar Pradesh, Maharashtra and Karnataka comprise for 82% of total FDIs inflows. This skewness can be seen on account of the development scale of the states. It is evident that Northern, North – Eastern, and certain central states have seem to be lagging in receiving FDIs. The government needs to pay close attention to these statistics and accordingly frame policies for development of other states.

With infrastructure getting the desired push, policy implementations in a timely manner, along with robust covid-19 precautionary measures will be key. Stabilizing macros in terms of inflation, monetary policy and foreign exchange rates will ensure more foreign Inflows gaining momentum with time. However, labour migration remains a concern for our industries and we need to see how the situation is evolving after vaccines have been rolled out.

This is an excellent opportunity for Bharat to shine at the global level by reclaiming the manufacturing industry. Since the last 4-5 years, we have lost our share to countries like Bangladesh and Vietnam with respect to manufacturing and exports of textiles.

The government has taken note of this episode and is driving for favourable economic policies in this regard through the budget. Seven mega textile parks have been announced with the completion span over three years. This will give rise to massive employment opportunities as well as increase exports.

Undoubtedly, Bharat is being recognised as a critical role player in global economic growth, which also earns pressure for effective trade policies. As the world economy revives and Bharat marks its place in the global supply chain, we can see better growth prospects ahead of us. 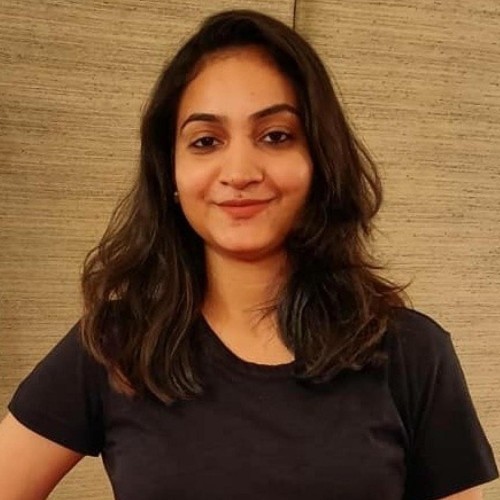