Russia-Ukraine crisis: Key implications for the world and way forward 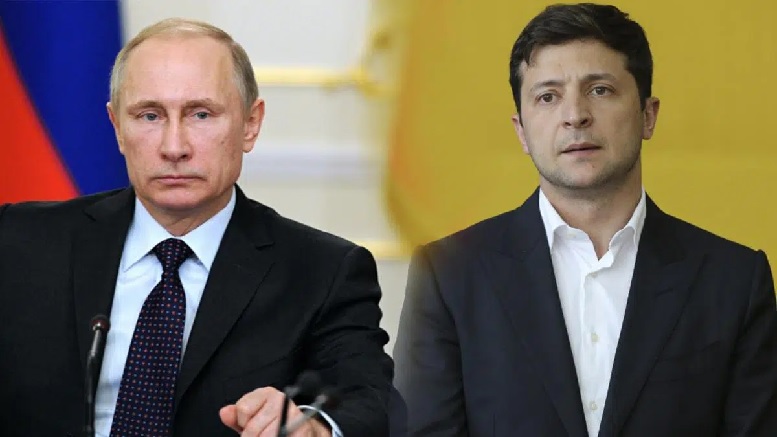 The recent boiling tensions between Russia and Ukraine has farfetched, backdated history where the pro-Russian Ukrainian President Viktor Yanukovych was deposed and ousted by protestors, which led to his immediate flying to Russia as the former president did not seek warmer relations with the EU and NATO. Subsequently, this provoked people in east of Ukraine who resonated with pro-Russia sentiments.

This acted as a catalyst for Russian President Vladimir Putin to take revenge of Yanukovych’s extra-Constitutional ouster, by re-integrating the peninsular region of Crimea into Russia and supporting separatist movements in the Donbas region – Donetsk and Luhansk – of eastern Ukraine. Despite a rebuke from the international fraternity, Russia recognized the Republic of Crimea and Federal City of Sevastopol on 18th March, 2014. Consequently, by July 2015, Crimea was fully integrated into Russia which prompted the EU and US to impose sanctions on Russia.

Germany and France led efforts to work out a truce between Ukraine and Russia, and all parties arrived at what is known as the 2015 Minsk agreement. However, the steps outlined in that agreement remained unimplemented and fighting between Ukraine and Russia-backed rebels in Donbas continued. Meanwhile, the new Ukrainian regime grew closer ties with USA and the West and started talking about NATO membership.

China and Bharat, being close allies of Russia and members of the BRICS pact, have thus far maintained neutral stance on the war and abstained from raising any comment at the UNSC as both depend on Russian oil & gas and defense supplies.

Meanwhile, US has looked to seize the opportunity and Ukraine has asked EU to expedite its entry into the Union. The West is looking to punish Russia by imposing sanctions on SWIFT banking, freezing government accounts, stopping the expansion of NORD 2 pipeline project while major European companies are cutting off ties with Russia. There is even talk of removing Russia from UNSC (United Nations Security Council). However, it is practically impossible as Russia and China both have veto powers which can be used to avert such situations.

As a result of sanctions, Brent crude oil prices have shot up to 118 USD/ barrel and gas prices have touched 4.82 per mmBtu levels while sudden spike in wheat, corn and barley can raise the core CPI inflation. This will prompt central banks to adopt contractionary monetary policies by raising interest rates in near term.

The Russian ruble has plunged to 0.0065$ per ruble, thus paving the way for cryptocurrencies like Bitcoin as a replacement to Ruble, as well as using Chinese Cross-border Interbank Payment System (CIPS) and also adoption of its own System for Transfer of Financial Messages (SPFS) as alternatives. Such a mechanism will virtually evade the banking sanctions imposed on Russia and bring some financial cushion.

Russia and Ukraine together account for 39% of total world’s wheat production and thus the current conflict will create pressure on core CPI inflation numbers. The rollout of Sputnik vaccine and partnership with Gland Pharma will see further delays and may create shortfall. Despite these sanctions, Russian military forces continue their operation in Ukraine.

These catastrophic events could also lead to domino effects. Based on a Goldman Sachs report dated February 12, 2022, the US Federal Reserve may sharply raise interest rates after every meeting from March 2022 which may potentially lead to interest rates as high as 2% by end of 2022 gradually in phased manner. This event shall ultimately trigger liquidity crunch and may also cause headwinds like stagflation. ECB and Central Bank of Japan are also expected to follow suit and look to hike interest rates by 25-50 basis points this year which may again precipitate fall in aggregate money supply.

Continued aggression and relentless warfare shall have negative repercussions on Bharatiya sectors as well. The headwinds will be faced by infrastructure projects as project refinancing costs will get higher. Real estate industry will see rise in cement prices because of higher pet-coke and coal prices, oil and gas distribution companies will see large reduction in their earnings per share as crude oil and natural gas are their key raw materials.

Automotive sectors will see fall in net profits as steel and nickel prices shoot up, aviation and paint companies will see sharp plunge in profits with crude oil being their major raw material.  Logistics sector will incur higher transportation costs because of mushrooming diesel and petrol prices, while tourism will witness another hit due to rising travel costs. Sectors like Pharma and FMCG will also face the brunt due to supply disruptions.

This will also push Government’s divestment plan through LIC IPO further along, and put significant risks to widening fiscal deficit. Sensex and Nifty have both witnessed bloodbath and plummeted to 52,900 levels and 15,900 levels respectively with multiple large cap companies available at reasonable valuations whilst Bharat’s rupee trades at 76.89/$ due to unprecedented foreign outflows. This will further dent the Government’s aim to touch 5 trillion $ GDP mark and prolong the timeframe to achieve the goal.

Hence, we see a huge demand for investments into multi-asset mutual funds for retail investors, due to increased importance of diversification of asset allocation to mitigate geopolitical threats and navigate uncertainty, volatility and downside risks.

The silver lining is the positive outcomes if any from diplomatic talks between Russia and Ukraine, and selling off forex reserves denominated in Gold by Russia to prevent further devaluation of Ruble and avert hyperinflation in near term. It will be interesting to see how the world collectively navigates threats from Covid-19 mutations, rising interest rates and gradual unwinding by US Federal reserve. It will be equally interesting to see how Russia counters all the sanctions and manages to kickstart its economy, and whether it imposes sanctions on the EU and US in retaliation or not.

Bloomberg and Yahoo Finance, for live commodity prices as on 7th March 2022