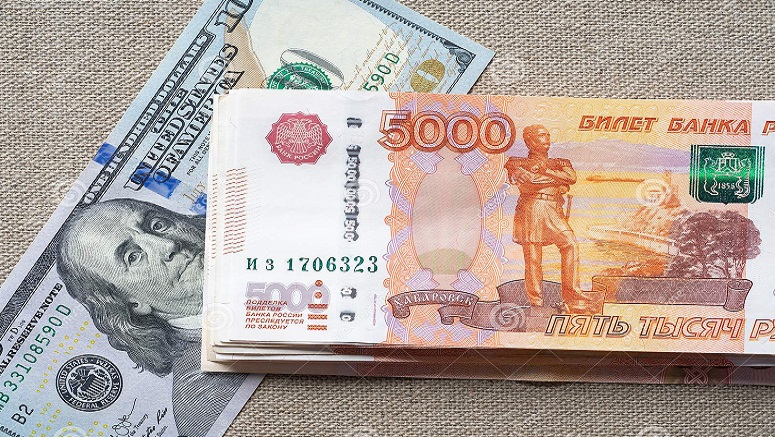 The war lingers on much to the chagrin of Putin who would have been hoping for a Crimea like blitzkrieg in Ukraine. As the death toll rises the sanctions from the west have become stiffer but the ruble far from being reduced to rubble as President Biden predicted has shown remarkable resilience to bounce back to 1.2 cents almost equal to its pre war value of 1.3 cents but notches above its all time low of 0.8 cents.

Russia continues to pump in oil and gas to Europe and Asia with Bloomberg predicting that Russian energy export earnings would increase by 33% in 2022 and if this was not enough the Institute of International Finance has predicted that Russia’s current account is headed for a record surplus.

If Wall Street Journal’s reports are to be believed then China and Saudi Arabia have agreed to deal in yuan replacing the petrodollar which has so far dominated the 14 trillion dollar oil trade. China imports 25% of its oil from Saudi Arabia.

This could have widespread ramifications as 80% of the current oil transactions are in dollars. At present 2.48 of the world’s reserves are held in yuan and a whopping 55% in dollars according to the IMF data.

Thus if the yuan were to become the new trading currency oil producing countries like Saudi Arabia and UAE would receive Yuan instead of dollars and would have to spend it on Chinese imports & debts strengthening the Chinese economy and consequently weakening the dollar.

The American strength to issue dollar debt and earn dollars for exports would decline shrinking its economy according to experts. The dollar’s place in international reserves has clearly shrunk since the turn of the century from 71% to 59% in 2021 according to the IMF.

However the share of reserves in the other big currencies namely the sterling, yen and euro has not picked up commensurately. The shift from the dollar has been 25% towards the yuan and 75% to the currencies of smaller countries as per the IMF data. This shows the fragility of the European economies and their dependence on US and Russia.

Putin’s diktat to the western world particularly Europe to pay in rubles for Russian oil and gas has left Europe  particularly countries like Germany with little leverage inspite of tall claims by its leaders to wean themselves of Russian energy by the end of 2022.

Russia is already selling oil at a discount and countries like Bharat and China are already lapping it up through the twin currency mechanism. So the oil imports from Russia have already surpassed their previous year figures as Bharat bypasses the American order of boycotting Russian energy giving precedence to its own national interests.

Dollar dominance in international trade has given the big brother arm twisting rights globally which it has exercised with aplomb over the past decades and is doing currently by levying fresh sanctions every day to throttle Russia’s economy and bring it to its knees.

This could make countries not aligned to NATO and the US think twice on banking  too much on the dollar lest they are hard done by America’s economic hegemony if anything were to go wrong.

Thus a multi currency trade scenario with less reliance on the dollar is looking imminent which could lead to a lot of economic turbulence worldwide.