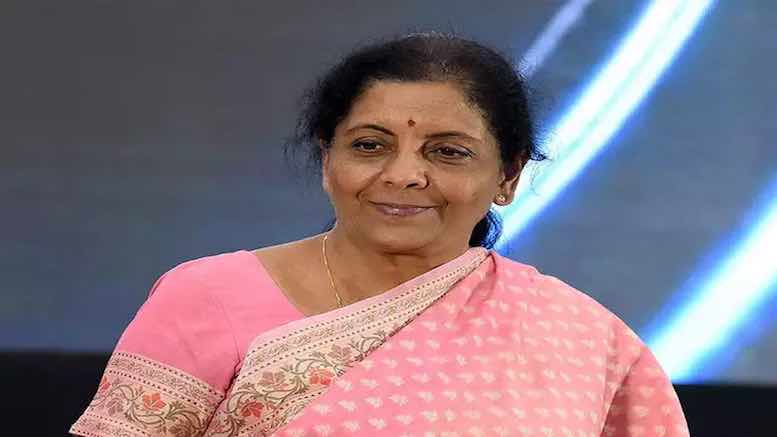 It took a pandemic battered economy for the ruling BJP’s much underrated finance minister, Nirmala Sitharaman, to unleash in the Union Budget 2021 what John Maynard Keynes in his 1936 publication, The General Theory of Employment, Interest, and Money, called the animal spirits of the economy.

Financial stress often brings out the best in governments. Lest it be forgotten the game changing economic reforms set in motion in 1991 which the Congress tom-toms to this day were not carried out due to the innate reformist zeal of either the then prime minister, PV Narasimha Rao, much less his FM, Manmohan Singh. The balance of payments crisis brought matters to a head. Pressure from the International Monetary Fund and the structural rigidities of the license-quota raj forced Rao’s hand. Much of the credit was inappropriately hogged by the timorous sardar destined to be an accidental two-term PM.

To that extent the Modi regime deserves much more direct credit. Despite the diffidence of the early years caused by Rahul Gandhi’s foolish suit-boot ki sarkar jibe, the current dispensation has been the most reformist since Independence, with the Goods and Services Tax, the Insolvency and Bankruptcy Code, and the three farm laws (the SC ordered suspension notwithstanding) being the crowning glory. None of the above were products of pressure. Even demonetization was well-conceived despite its failure to bring the desired results.

Sitharaman’s Budget ‘21 spells out the government’s reformist agenda in the clear light of day. There is nothing nuanced about it. Phony liberals like their policies nuanced. This Budget may well be remembered as the best of the BJP era precisely because it is the first that is quintessentially Right. Its blunt honesty, the courage to call a spade a shovel shines forth.

With unalloyed growth anchored in privatization and infrastructure, the Budget has in one bold, broad sweep cast aside the stinky Leftist shibboleths of the past. Bunkum like bleeding the rich to put money in the hands of the poor counselled by Nobel winning Marxist economists like Amartya Sen and Abhijit Banerjee has been ignored. Fanning hatred for corporates, abusing the Ambanis and Adanis, has been a favorite pastime of their admirers. The Modi regime has temperamentally never favored doles and handouts. Even the poor must earn through its various projects and schemes.

Fake socialist slogans like garibi hatao have kept the country mired in poverty for decades. Daniel Patrick Moynihan, the US ambassador to the United Nations in 1975-76, and Bharat in 1973, put it best. Lashing out at the poor nations who blamed American prosperity for the starving millions the world over, he said the problem of global hunger cannot be solved by shouting from the rooftops that Americans eat too much. Which is what the Reds would have us believe. Barring the rich from getting richer cannot make the poor rich.

Transparency is writ large over Budget ‘21. There is not the slightest effort to dress up or fudge the numbers which most governments, including this one in earlier budgets, were inclined to do. With a projected deficit of a whopping 9.5 per cent in the current year, the government hopes its open-ended approach will prune it to 6.8 per cent in 2021-22.

This is possibly the first Budgetary exercise with an overarching stress on a single sector: health. Admittedly, the Rs 2.23 lakh crore allocation (a whopping 137 per cent rise compared to the previous year) can be ascribed to coronavirus. If only focus on one key area been the template of each budget since 2014, some results may already have been visible in education, defense, even agriculture.

Truth to tell the late Arun Jaitley’s fiscal calisthenics as FM did little or nothing to push the BJP’s ideological goals. His liberal comportment harmed the party’s cause. Some insiders even accused him of being a Congress mole. He neglected both defense and education.

Spending on education, the lowest in three years, is down by Rs 6,076 crore — from Rs 99,300 crore in 2020 to Rs 93,224 in 2021. School education has taken the biggest cut of nearly Rs 5,000 crore, and higher education around Rs 1,000 crore. Contrapuntally what is undeniable is that going on a school and college opening spree is pointless without a trained faculty.. Incompetent teachers have been the bane of Bharat’s education system.

Defense too has not been given the attention it deserves despite Chinese incursions in Ladakh and war like preparations in progress. The overall defence budget for 2021-22 was hiked by a mere 1.4 per cent. Even this is a mirage because salaries swallow the better part of the allocation. Going by official data it is not clear whether the 19 per cent rise in capital outlay for military modernisation is over and above the additional unbudgeted ₹20,776 crore spent to buy military hardware in the aftermath of the border standoff with China.

Bottomline: Both education and defense deserve a “137 per cent” booster dose to revive their health.

This year’s Budget makes another point. You do not need an MIT educated economist or Harvard trained humbug to change the nation’s economic direction. Character is of the essence. There are good reasons why Narendra Modi is inclined to trust those rooted in home grown values rather than intellectuals with impressive CVs wedded to western liberal traditions.

A budgetary exercise at the end of the day can only be as good as its execution. The decision to sell two unnamed public sector banks, a general insurance company, and disinvest in white elephants like Air India, Bharat Petroleum, Shipping Corporation, IDBI Bank, Pawan Hans, or Ispat Nigam will require huge reserves of political willpower and doggedness, something the government has not displayed so far. The weak-kneed response to the ongoing protests over the farm bill is there for all to see.

Disinvestment targets have existed since 1991 but rarely realized; just once in the last 10 years. Bridging the fiscal deficit and enriching the exchequer is their obvious aim. It is essential that the exercise be carried out responsibly, not merely to get out of a financial mess. Selling a PSU is akin to sacking a family heirloom. Once gone, it can never be retrieved. And what do you do when there is nothing more to sell?

Keynes’ theory of animal spirits, says author Carla Tardi, posits that emotions have a role in economic decision making. The choices of business leaders are based on intuition rather than cold logic or analysis. Irrational thoughts influence people as they pursue their financial self-interests.

The record 2300 plus point post-Budget jump in Sensex can be ascribed to this tendency. To ensure that this is not a bubble the government will have to play the role of facilitator with even greater efficacy and finesse.