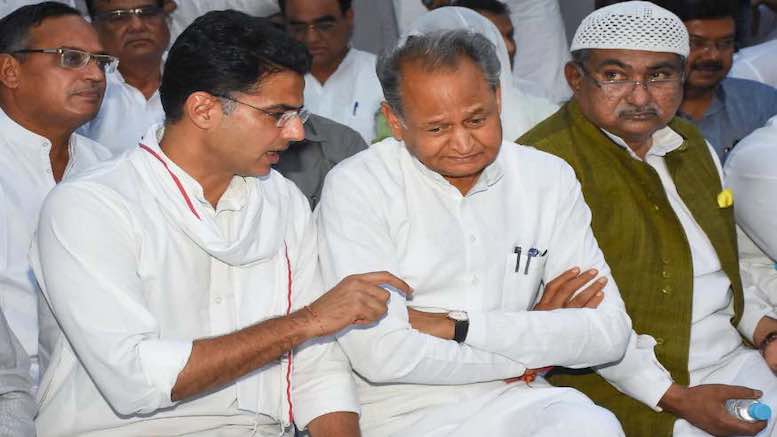 The unemployment index of Rajasthan, as per the Centre for Monitoring Indian Economy (CMIE) data, touched the highest ever rate of 28.2 per cent in January 2021, same as December 2020, which is four times higher than the country’s average national unemployment rate of 7.3 per cent.

The desert state is placed second in the unemployment index behind Haryana at 32.5 per cent.

The national unemployment index touched its highest mark in April 2020 following the imposition of nationwide lockdown to check the spread of the coronavirus pandemic. However, in Rajasthan, the unemployment rate touched a peak of 28.2 per cent in December 2020, nearly 10 months after the imposition of lockdown.

While many in the political circles blame it on the poor governance by the Congress government in the state, the travel industry too put the onus on the ruling party, accusing it of ignoring the plush travel and tourism industry which supports 22 per cent of the workforce in Rajasthan, generating 30 per cent of the state’s GDP.

“As many as 22 per cent of the workforce in Rajasthan is supported by tourism, while 30 per cent of the state’s GDP comes from it. The tourism sector has been badly hit since March 2020, but the government did not come out with any significant plan to improve the scenario, thus giving rise to rising unemplyment in the state. The promises made to us were great, but nothing was done,” said Randhir Vikram Singh, President of the Indian Heritage Hotels Association, adding that neighbouring states like Madhya Pradesh are giving subsidies on film shoot, but despite having all the assets, Rajasthan is left behind because of no similar initiative by the government.

Another hotelier, Prithvi Singh, said, “Rajasthan depends on tourism, exports and handicrafts. Because of the pandemic, all the three segments were shut and even today, they are not doing great. Hence the rise in the unemployment rate. The need of the hour is aggressive marketing of tourism as it creates jobs for millions of people in the state, both directly and indirectly.”

BJP state President Satish Poonia told IANS, “Thousands of recruitments are lying pending in the state. Commitments made in the manifesto have not been fulfilled, contractural employment promises made to 2.5 lakh candidates are awaited and tall claims of generating self-employment have also failed. Hence the spike in the unemployment rate.”