Public Accountability of the Three Organs of the Government 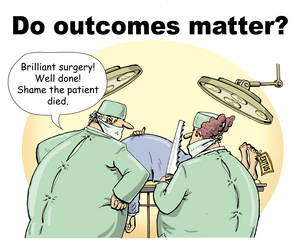 If one goes through the wordings in the Right To Information (RTI) Act, one can conclude that the main objective of the act is to improve the public accountability of the Government. Government consists of (both Union and States) Legislature, Executive and Judiciary.

Let me quote from the RTI Act certain important provisions that pertain to public accountability of the three organs of the government- Legislature, Executive and Judiciary.

The Right To Information act, 2005

“WHEREAS the Constitution of India has established a democratic Republic; AND WHEREAS democracy requires an informed citizenry and transparency of information which are vital to its functioning and also to contain corruption and to hold Governments and their instrumentalities accountable to the governed.”

(Chapter I —Preliminary. Page no.7)

(f) “information” means any material in any form, including records, documents, memos, e-mails, opinions, advices, press releases, circulars, orders, logbooks, contracts, reports, papers, samples, models, data material held in any electronic form and information relating to any private body which can be accessed by a public authority under any other law for the time being in force;

(Chapter I—Preliminary. Chapter II—Right to information and obligations of public authorities. Page no.8)

i) inspection of work, documents, records;

Right to information and obligations of public authorities

(1) Every public authority shall—

(a) maintain all its records duly catalogued and indexed in a manner and the form which facilitates the right to information under this Act and ensure that all records that are appropriate to be computerised are, within a reasonable time and subject to availability of resources, computerised and connected through a network all over the country on different systems so that access to such records is facilitated;

(xi) the budget allocated to each of its agency, indicating the particulars of all plans, proposed expenditures and reports on disbursements made;

(xii) the manner of execution of subsidy programmes, including the amounts allocated and the details of beneficiaries of such programmes;

(xiii) particulars of recipients of concessions, permits or authorisations granted by it;

(2) It shall be a constant endeavour of every public authority to take steps in accordance with the requirements of clause (b) of sub-section (1) to provide as much information suo motu to the public at regular intervals through various means of communications, including internet, so that the public have minimum resort to the use of this Act to obtain information.

(3) For the purposes of sub-section (1), every information shall be disseminated widely and in such form and manner which is easily accessible to the public.

(4) All materials shall be disseminated taking into consideration the cost effectiveness, local language and the most effective method of communication in that local area and the information should be easily accessible to the extent possible in electronic format with the Central Public Information Officer or State Public Information Officer as the case may be, available free or at such cost of the medium or the print cost price as may be prescribed.

Explanation.-For the purposes of sub-sections (3) and (4), “disseminated” means making known or communicated the information to the public through notice boards, newspapers, public announcements, media broadcasts, the internet or any other means, including inspection of offices of any public authority.

“Outcome budgets have been an integral part of the budgeting process since 2005-06 and where the over emphasis on outlays that was hitherto has shifted towards outcomes.   Accordingly the annual budget will broadly indicate the physical dimensions of the financial budgets as also the actual physical performance ( two years ago), performance for the first 9 months of the year ( last year) and the targeted performance during the current year as per the budget.”

The outcome budget documents will be prepared separately by each Ministry/ Department in respect of all Demands/Appropriations controlled by them, except those exempted from this requirement and to the extent disclosures are not barred on considerations of security, etc.”

In order to improve the public accountability of the government (including its three organs) and introduce a fair amount of transparency in its functioning there is a need to adopt a formal mechanism of information sharing by the government in the public domain. As the government has shifted its focus from outlay to outcome oriented budgeting process almost a decade ago and the RTI Act has been in place for more than a decade, it is time that all the ministries and departments of the government adopt a standard mechanism to share the key performance indicators (both budgeted and actual) on a quarterly basis in public domain. In this context one may refer to a listed public company which is mandated by the provisions of Companies Act and SEBI guidelines to prepare and share its quarterly financial report (within 45 days from the end of the said quarter). All the Ministries/ Departments of both Union and State Governments may devise a standard quarterly as well as annual reporting system and share the same in public domain in a time bound manner. This will lead to improving the level of accountability of the government to the governed (i.e., people of the country).

I think the above wish of the common man in the 70th year of Bharat’s independence is not an unreasonable one since he has patiently waited for 70 years hoping that the Government would improve its accountability to the public. The suggestion given by the author also does not require any constitutional amendment or a resolution to be passed in the legislature and a mere cabinet approval (both Union and States) is sufficient. I hope the central chief information commissioner and the state information commissioners would respond to this representation of the common man and take Suo Moto action at an early date.

Public Accountability of Government in a Democracy