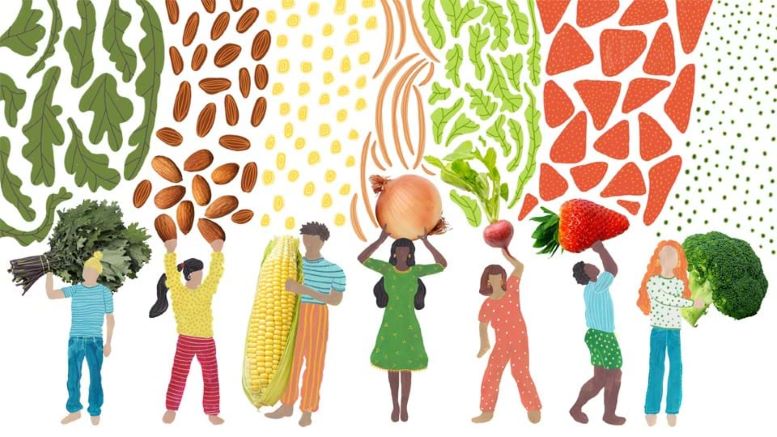 The importance of a plant-based sustainable diet is now being realized the world over. Chatham house think-tank report has indicated that damage to nature can be halted and reversed only by shifting to plant-based diets, in other words, vegetarianism in general and sustainable agricultural practices, in particular, are the key if the natural world is to be saved from destruction.

The report which has the backing of the UN says that the vicious circle of cheap but damaging food is the main cause of the destruction of nature. Only if the food system is changed and a shift is made to a plant-based diet can nature and wildlife be saved reports The Guardian.

It has been pointed out that the clearing of natural land for agriculture and the use of polluting fertilizers and pesticides has been responsible for threatening biodiversity by putting close to 28000 species at the risk of extinction. The think tank also opines that livestock such as cattle and sheep among others have the biggest impact on the environment.

Switching from a meat-based diet to a plant-based one is both ideal and desirable. Scientists have discovered that the least impact meat product causes greater damage to the environment than the least sustainable cereal and vegetable farming.

Since 80% of global agricultural land is said to be used for rearing animals, scientists believe that reversing the trend of meat consumption would remove the pressure to clear new land thereby helping the wildlife. Further, the existing land can also be used for restoring native ecosystems that will ultimately lead to an increase in biodiversity.

Further, it has been stated that more than half of the 30% of greenhouse gas emissions generated by food systems are caused by animals. Both climate crisis and healthcare woes can be successfully addressed by adopting a plant-based diet.

Director of UNEP’s ecosystems division Susan Gardner has argued that although the food systems at present provide cheaper food, they don’t take into account the hidden costs incurred with respect to human health and also that of the natural world. Conservationist Jane Goodall has added that intensive farming of animals is not only damaging the environment but inhumane conditions in which these animals are farmed is putting us at risk of newer pandemic situations.

“The Chatham House report said the world had lost half its natural ecosystems and that the average population size of wild animals had fallen by 68% since 1970. In contrast, farmed animals, mainly cows, and pigs, now account for 60% of all mammals by weight, with humans making up 36% and animals just 4%.

In reforming the global food system, “the convergence of global food consumption around predominantly plant-based diets is the most crucial element”, the report said. For example, it said, a switch from beef to beans by the US population would free up fields equivalent to 42% of US cropland for other uses such as rewilding or more nature-friendly farming.”

“The future of farming must be nature-friendly and regenerative, and our diets must become more plant-based, healthy, and sustainable. Without ending factory farming, we are in danger of having no future at all.”

It is the opportune time for Bharatiyas to dig into their ancient roots and revive methods of sustainable agriculture in combination with modern farming methods that would help both nature and humans.