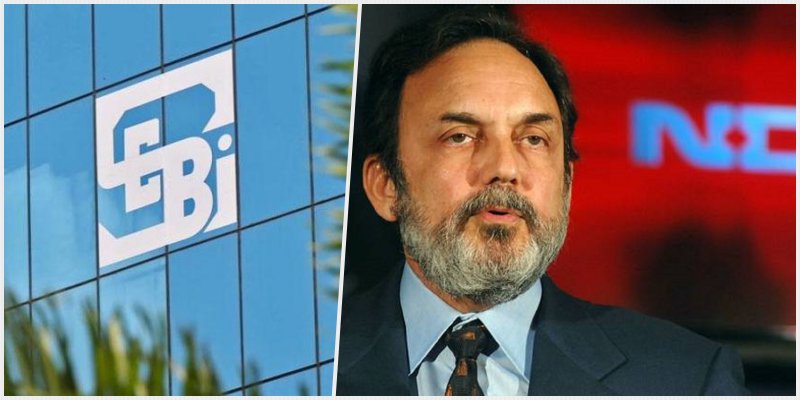 The Securities and Exchange Board of India (SEBI) has imposed a penalty of Rs 5 crore on NDTV for alleged non-disclosure of the loan agreements entered into in 2009-2010 by the founders, Prannoy and Radhika Roy with Vishvapradhan Commercial Private Limited (VCPL).

The SEBI order said that as noticeable from the VCPL loan agreements, the valuation of NDTV shares was taken as Rs 214.65 per share. “Thus it emerges that promoters of NDTV and VCPL have purposefully overvalued the shares of NDTV for factoring in a premium of Rs 86-87 per share. This demonstrates that the loan agreement defies and disregards all prudent commercial norms of lending and apparently a substantially higher amount was predetermined to be received by the promoters as a consideration for 30 per cent shareholding in NDTV by way of transferring the ownership of RRPR to VCPL, irrespective of the market value of NDTV shares at the time.”

“It is evident that the two ostensible loan agreements with VCPL were arranged in a deceitful manner with an intention to transfer substantial stakes in NDTV owned by the promoters at a pre-negotiated price as consideration,” the SEBI order said.

The order said that the amount advanced as loan had a direct connection with the cost of purchase of 30 per cent shares in NDTV to be transferred by the NDTV promoters to VCPL.

The SEBI investigation found that a loan amount of Rs 350 crore was borrowed by the promoters of NDTV under the VCPL loan agreement in 2009 to repay earlier loan availed from ICICI Bank and a second loan agreement with VCPL was signed for Rs 53.85 crore a year later.

The probe found that the agreements allowed VCPL to indirectly acquire 30 per cent shareholding of NDTV through the conversion of warrants into equity shares of RRPR Holding. The order said the agreements allegedly contained various clauses which were binding on NDTV, in such a way that it could adversely affect the interest of its public shareholders.