Lessons from the PNB Fraud 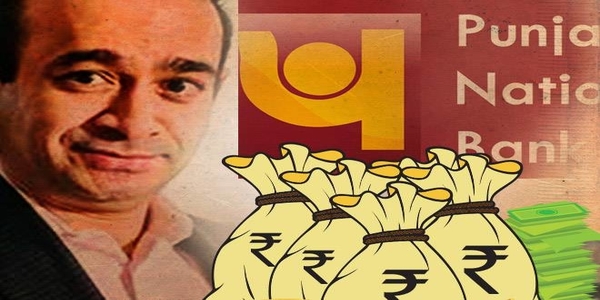 The recent Punjab National Bank (PNB) episode highlights the need for effective internal controls in the banking system and swift action by the regulators, law enforcing agencies and the government. It is important to first understand the modus operandi and the regulatory guidelines before one comment on the lacunae or gaps that led to this LOU (Letter of Undertaking) fraud in PNB. This article is an attempt in analyzing the PNB fraud in the above direction and to suggest the remedial measures to prevent the occurrence of similar frauds in the future.

Foreign bank Guarantee/ Letters of Undertaking/ Letters of Comfort are the instruments issued by the banks in favor of the overseas supplier or bank or financial institution to enable the Bharatiya importer customer to either avail credit or raise a foreign currency loan for the imports.

Letters of credit (LCs), bank guarantees (popularly known as standby letters of credit in abroad), Letters of Undertaking or Letters of Comfort are known as non fund advance since the bank that issues these instruments does not basically lend any money to the client. However the client, Bharatiya importer in this case, can raise a foreign currency loan against the above instruments issued by his banker in Bharat for meeting his import payment commitment to the overseas supplier. Therefore, these financial instruments issued by the banks are primarily contingent liabilities to the bank also known as off balance sheet items.

However, there is a potential risk of such contingent liability getting converted into an actual liability in the event of the importer client defaulting the payment on the due date. By virtue of the clauses and commitment given by the bank that issues a letter of credit and letter of undertaking the bank assumes primary liability and has a repayment obligation on the due date of payments irrespective of the fact whether the bank’s borrower on whose behalf such commitments are issued by the bank honors his payment obligation or not. Whereas in the case of a bank guarantee the primary payment obligation continues to remain with the borrower on whose behalf such guarantee is issued by the bank and in the event of default by the borrower the liability devolves on the bank the issues the guarantee.

Depending on the evaluation of the risk involved in such transactions based on the borrower’s credit profile, banks normally take collateral security if required for the issuance of bank guarantees, letters of credit, and letters of undertaking. Therefore this mechanism constitutes sanction of credit facilities or limits by the bank to the borrower that are known as non-fund credit facilities.

Coming to the PNB episode, from the news paper reports received so far it appears that though PNB had issued Letter of Undertaking (LOU) through SWIFT messages, the same is not accounted for in their books. Since these LOUs though issued by the bank but are not recorded in the books, there is no possibility of the bank officially charging processing fee for sanctioning these credit facilities or levying commission fees as and when the LOUs are issued. Therefore, apart from the loss sustained by the bank in this fraud for the amounts of the LOUs so issued, the bank has also lost substantially its fee based income which it would get in the normal course of business in addition to exposing itself to total financial risk that is not backed by any tangible security.

The major gaps assumed to have taken place in this regard

Normally two staff members are involved in sending LOUs as well as remitting the funds through SWIFT – one as the maker and another as the checker who will have passwords for their respective functions. Therefore, there has to be involvement of minimum two staff members in the issue of LOU as well as remitting the funds to the overseas supplier after receiving the same in the bank’s nostro account.

However, it is the international banking practice for the lending bank to deduct the bank charges upfront and remit the net proceeds to the LOU issuing bank. Therefore, this gap or lapse at the stage of routine reconciliation of the nostro account by the concerned staff also appears to be strange.

If one carefully scrutinizes the transaction narration for these inflows and outflows one can certainly make out that this relates to raising foreign currency loan under LOU and in turn remitting the funds to the overseas supplier on behalf of the Bharatiya importer customer. Therefore, it is obvious that there is bank staff involvement in this episode at various stages and at various levels which could be either deliberate or gross negligence but without mala fide intention. One can come to conclusion on this issue only after the investigation is complete.

How has this now come to light?

On the due date as mentioned in the LOU, the foreign bank/ financial institution will send a reminder if the foreign currency loan so borrowed under the LOU has not been paid by the LOU issuing bank on behalf of its Bharatiya importer client (many banks even send an advance reminder ahead of the due date). Then everybody in PNB would have got alerted and started searching for the transaction trail and then found that LOU was issued by the bank, foreign currency loan was raised, received and in turn remitted to the overseas supplier of the Bharatiya importer client but the same is not recorded in their books.

There is also another dimension to this episode. There are two possibilities:–

One : The import has actually taken place and the transaction is genuine. Then it is a financial fraud on the bank to avail the foreign currency loan for genuine imports. In such a case PNB and the investigating agencies will have to trace what happened to the imported goods. In case those imported goods have been sold out then where have the funds gone?

Two : There is no import at all but the foreign currency loan was raised under the LOU of PNB and the funds were remitted to the overseas supplier. In such a case the overseas supplier along with the Bharatiya importer will be subjected to investigation and scrutiny by the investigating agencies under both Prevention of Money Laundering Act and FEMA. Since no entries are passed in the PNBs books as per the news reports received so far, the bank would be in the dark with regard to the presence or absence of documentary evidence for such imports now purported to have been made by the Bharatiya importer client.

Normally the foreign bank/ financial institution that lends against the LOU issued by the Bharatiya bank will insist for a declaration that the LOU issuing bank has taken care of the KYC guidelines for its importer client and has also satisfied itself about the genuineness of the basic import transaction for which the import finance is being sought under the LOU and it does not fall under money laundering. At this stage it is also not clear whether the LOUs issued and the overseas borrowings raised are for import of non capital goods or capital goods. Nevertheless any rollover of such foreign currency loan cannot be beyond one year from the date of import in case of non capital goods and more than three years in case of import of capital goods as per the FEMA guidelines.

In the past, banks were required to limit their commitments by way of unsecured guarantees in such a manner that 20 percent of a bank’s outstanding unsecured guarantees plus the total of its outstanding unsecured advances did not exceed 15 percent of its total outstanding advances. However, since 2004 in order to provide greater flexibility to banks on their loan policies, the above limit on unsecured exposure of banks was withdrawn and banks’ Boards have been given the freedom to fix their own policies on their unsecured exposures.

Therefore, there is a greater responsibility bestowed on the banks to have appropriate policy, evolve operational guidelines, follow suitable risk management measures and have in place proper internal controls with regard to the non-fund business, consequent to the above freedom given to the banks by the banking regulator. This has to be viewed as delegation of the powers by RBI to the banks along with responsibility to have a self regulation in place which is required and also justified in view of the liberalization of the economy and the financial sector.

In the light of the recent PNB episode, there is a need for all the banks in Bharat to thoroughly review the systems and procedures to identify and plug the loopholes if any, on a high priority basis. Internal audit, statutory audit and RBI audit of the banks must give special emphasis on the inspection and assessment of the risk potential with regard to contingent liability transactions of the banks and enforce much stricter checks and controls in order to avoid the PNB type of episodes.

The banks should have effective independent internal controls in place to monitor and verify the above mentioned major aspects.

It is obvious that the above major aspects have been overlooked in the case of PNB leading to a major fraud. This is a lesson for PNB as well as an opportunity for all the banks to thoroughly review their operations and ensure that necessary checks and controls are in place in order to avoid a repeat of the PNB fraud. Hope the regulators and the government will take appropriate measures proactively to mitigate the damage and ensure that this does not snowball into much bigger proportions.

Why do frauds happen?

Fraud happens mainly due to two factors- Opportunity and Intention.

While effective systems and controls can plug the opportunity to commit the frauds, intention is a subjective factor that depends on the character and integrity of the individuals. People with good character and integrity will not commit frauds even if there is an opportunity to do so whereas people with dubious character and lack of integrity will always look for loopholes in the systems to commit frauds. Only a vigilant internal control backed by swift punitive action can serve as effective remedial measure in such cases.

While the banks can take care of internal controls to put a check on frauds or attempted frauds by the employees, it is for the regulators, government, law enforcing agencies and the judiciary to ensure swift action is taken to book the culprits without delay.

In the context of the PNB fraud, there is also a need for the government to reconsider its move to bring in bail in clause in the proposed FRDI Act since the depositors would expect total safety of their deposits which requires enhancement of the deposit insurance cover from the extant amount of Rs.1 lakh.

Trust is the basic foundation for banking and let us hope our politicians will stop the blame game to pass the buck on the PNB episode and would work collectively to take swift action to book the culprits so that the people will repose their faith in banks.