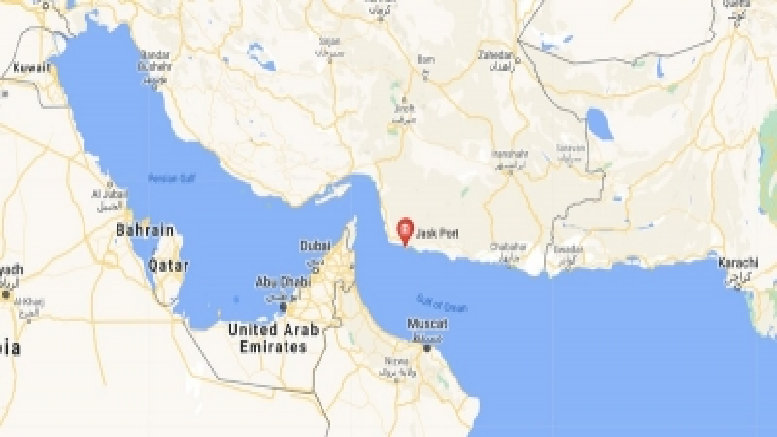 The expected revival of the nuclear deal between Iran and the western powers is set to yield unexpected opportunities for Bharat, including access to the Iranian port of Jask as base for strategic oil reserves and a new “land-and-sea” gas pipeline.

Speaking at a webinar on Monday, Iran’s ambassador to Bharat, Ali Chegeni anticipated that it was only a matter of time before sanctions against Iran were lifted, following an early revival of an updated Joint Comprehensive Plan of Action (JCPOA).

In fact, negotiations in Vienna on the JCPOA in its new avatar could wrap up within three weeks, former Iranian Ambassador Seyed H. Mousavian, former Iranian ambassador to Germany, added during a brainstorming exercise on the future of Bharat-Iran relation hosted by the Kolkata based Tillotama Foundation. Once the JCPOA is revived Bharat will and no longer constrained by western sanctions in its dealings with Tehran.

With oil and gas as a major spur of the Bharat-Iran relations, Chegeni proposed that Iran had earmarked and opened Bandar-e-Jask — a port on the mouth of the strategically crucial Strait of Hormuz — for major Bharatiya and Chinese energy investments. He pointed out that Bharat could build its strategic oil reserves at this port. Without going into details that Bharat had a narrow window on investing in the construction of land- and- sea pipeline that originated from Bandar-e-Jask.

“Having huge oil storage capacity available, with just a short direct sea journey away from India, means that it is time to realize construction of the Iran-India oil and gas pipeline. India also can use Jask port facilities to store its strategic crude oil reserve to meet emergency needs in case of disruptions in supply,” he observed.

Analysts point out that a strategic energy pipeline can truly anchor the Bharat-Iran relationship, whose cultural roots can be traced to antiquity.

Without naming them, Chegeni said that several countries were in the queue to join a budding quadrilateral arrangement among Bharat, Iran, Afghanistan and Uzbekistan to use the Iranian port of Chabahar in the Indian Ocean to route their trade. The Chabahar port and a corridor that extends towards Afghanistan and Uzbekistan is expected to emerge as key gateway to channel trade between Eurasia, including landlocked Central Asia and the rest of the world.

The Iranian ambassador also said that Bharat can invest up to a mammoth $ 20 billion in a sprawling free trade zone that was coming up next to the Chabahar port. flows for India.

He pointed out that “there is possibility to revive the Bharat’s plan to invest $20 billion in Chabahar Economic Free Zone (EFZ) for setting up petrochemical and fertilizer plants either independently or through joint ventures with Iranian public-private companies”.

He added that Iran has already allocated land in the EFZ, and willing to offer a favourable treatment in pricing of gas for Bharat and also supply of rich gas at a competitive price and on a long-term basis for the entire life cycle of the joint venture projects.

The Iranian ambassador’s assertions on Chabahar dove tailed with another proposal — of linking the Chabahar route with the older International North South Transport Corridor initiative.

The Chabahar route begins at Mumbai, though Gujarat’s Mundra port is now acquiring greater resonance. From Bharat’s west coast, the corridor heads to Chabahar, from where the route heads towards Afghanistan via Iran’s Sistan Baluchistan province along a recent Bharat-built road. Over time, a railway is also envisaged, which will link Chabahar with the Hajigak iron ore mines in Afghanistan, where Bharat has made major investments.

Essentially, the new INSTC is a combination of two corridors. It then heads to Bandar Abbas, a famous Iranian port in the Gulf. From there it takes the overland route to Bandar Anzali, which is located on the Caspian Sea coast in the north.

Containers are off-loaded here and shipped along the Caspian to its Russian shore at Astrakhan, which becomes the base of further transportation into Eurasia. Over time, other countries are being networked in this rapidly mutating corridor including Azerbaijan and Armenia, in tune with the rise of Eurasia in the 21 st century.

Earlier this year, Bharat’s external affairs minister S. Jaishankar proposed the integration of the Chabahar Port with the INSTC. “I am hopeful that during the INSTC Coordination Council meeting, member-states would agree to the expansion of the INSTC route to include the Chabahar Port and also agree on expanding the membership of this project.”