In 2021, railways eyes to complete most sections of DFC 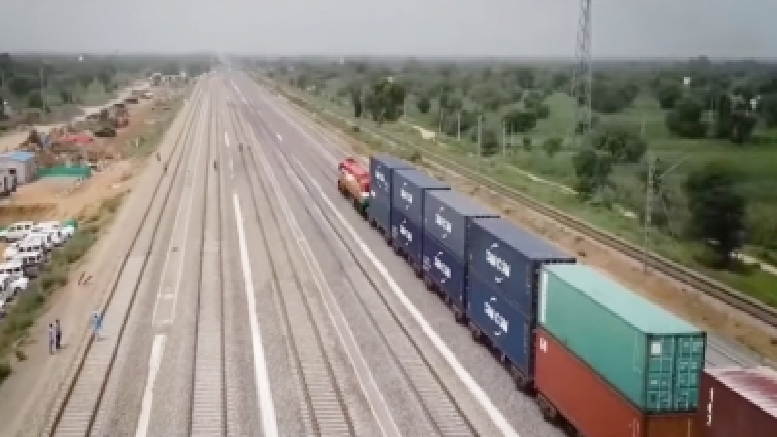 Prime Minister Narendra Modi has inaugurated the 306-km long Rewari-Madar section on January 7, while the 351 km Khurja-Bhaupur section of Eastern Dedicated Freight Corridor was inaugurated by him on December 29 last year. The official also said that 48-km long Khurja-Dadri section of the EDFC will also be ready by June 2021. The official also highlighted that 137-km long Deen Dayal Upadhyay-Sonnagar section of the EDFC will be ready by December 2021.

When asked about the progress on 401-km long Ludhiana-Khurja section and 402-km long Bhaupur-Deen Dayal Upadhyay section of the EDFC, the official said that these two sections will be ready by June 2022. The DFC is one of the largest rail infrastructure projects undertaken by the government, entailing a cost of around Rs 81,459 crore.

The Dedicated Freight Corridor Corporation of India Limited (DFCCIL) has been set up as a Special Purpose Vehicle to plan, develop, mobilise financial resources, construct, maintain and operate the DFCs. In the first phase, the organisation will construct the Western DFC (1,504 kms) and Eastern DFC (1,856 kms), a total of 3,360 kms.

According to railway ministry officials, to make India a five-trillion-dollar economy it is essential to develop transport networks at a fast pace. Development of transport infrastructure will give a major fillip for the growth of industries, commerce, export and import and agriculture.

The EDFC and WDFC will pass through nine states and 60 districts, it will have 48 stations and junctions along the Western DFC and 58 in the Eastern DFC.

While the Western DFC will cover 1,504 km from Jawaharlal Nehru Port Trust near Navi Mumbai to Dadri in Uttar Pradesh, traversing through Vadodara-Ahmedabad-Palanpur-Phulera-Rewari, the Eastern DFC covers 1,856 km from Ludhiana in Punjab to Dankuni, near Kolkata in West Bengal, and will traverse the states of Haryana, Uttar Pradesh, Bihar and Jharkhand. Western and Eastern DFCs — both of which will be fully electrified — will intersect at Dadri, near Delhi.

Also, in a first for Indian Railways, there will be a time table for freight trains once the DFCs are operational. The eastern wing of the DFC is being funded by the World Bank and western side is being financed by the Japanese International Cooperation Agency, or JICA.

CBI lodges case against ex-Railway officials for fraud in tenders