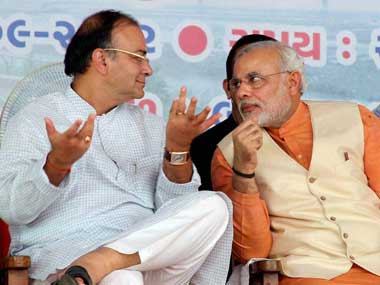 There were 65 stalled projects in the power sector. (The data regarding the stalled projects is from the Government of India’s Ministry of Statistics and Programme Implementation’s report.) The MOSPI data published in March 2017 stated that of a total 1,231 projects above Rs 1500 million, nine projects were ahead of schedule, 324 were on schedule while 327 were delayed. Of these, 322 projects were in cost overrun, while 105 projects were showing both time and cost overrun, with respect to original implementation schedules.

The total investment outlay of these 1,231 projects was Rs 15.59  trillion, which is now expected to see a cost overrun of Rs 1.71 trillion mainly due to delay in some major projects. Costs and time overruns are mounting up like white elephants, many times defeating the very purpose of the execution of infrastructure projects particularly in the sectors like- power, roads and highways and railways.

Added to this, when one computes the notional loss to the society for being deprived of the benefits of the projects due to delays, then in many cases it may not be surprising to realize that projects with time over runs are perhaps more costlier than those with costs overruns!

The Govt., has also setup standing committees in the administrative ministries for fixation of responsibility for time and cost overruns and central sector projects coordination committees in States under chief secretaries for removal of bottlenecks and for speedy implementation of major projects.

PMG (Project Monitoring Group) was set up in January, 2013 as a secretariat to the cabinet committee on investments to resolve the pending issues and to track the progress of projects of the size of Rs.10 bn and above in both public and private sector. PMG is headed by an additional secretary and consists of several sub groups having representation from project developers and joint secretaries in the sponsoring and recipient ministries as members.  Representatives from Banks / Financial Institutions and the contractors should also be part of this PMG so that all the key stakeholders are involved in this exercise with collective responsibility and committed timelines.

The government needs to swiftly design a strategy to fast track the completion of major projects, say top 100 out of the current 1231 projects ( as per the latest data available in March, 2017) so that at least by March, 2018 some tangible results are visible leading to economic growth.

The above is not an overnight phenomenon and it is a legacy inherited by the current government from the previous regime in 2014. However, a strategic approach should have been followed to tackle the delayed and stalled mega projects and NPAs simultaneously by both government and RBI respectively and a plan of action should have been put in place in 2015 so that the issue would not have become bigger today.

The government should have allowed the states to have their own land laws much earlier avoiding the futile exercise of waiting (or fighting) for 18 months to realize that in Rajya Sabha the opposition will stall the key reform measures like amendments to the bills like land acquisition act and other acts. This would have significantly reduced the size of delayed and stalled mega projects that were held up due to land acquisition issues.

Instead, the government should have focused on bringing the insolvency and bankruptcy code much earlier for speedy resolution of the NPAs. This has proved to be some of the strategic errors in sequence of reform measures. This has now snow balled into a larger problem creating a vicious cycle of delayed and stalled mega projects – NPA-led dip in bank profitability- weaker bank balance sheets- decline in incremental bank credit.

We are unfortunately landing in a piquant situation where the public sector banks need massive capital infusion but the government may find it difficult to pump in large sum of additional capital since the 2018-19 budget will be an election budget and most likely lead to expansion of fiscal deficit.

The public sector banks may not be in a position to raise funds from the capital market in view of their weak balance sheets which may not fetch good market valuation of their shares. According to S & P Global Ratings, PSU Banks will need at least Rs. 1.9 trillion by March, 2019 to meet the Basel III norms.

12 accounts involving large corporate bad loans that constitute around 25% of the total NPAs (Rs. 2.5 trillion) are identified for speedy resolution under the Insolvency and Bankruptcy Code. This process may at least take six to nine months and therefore it is not likely that the public sector banks’ balance sheets will show significant improvement by March, 2018.

The options left before 2018 are very few and therefore the government should focus on kick starting revival of the stalled and delayed mega projects, and the banks must focus on speedy resolution of the NPAs and better credit monitoring to arrest the incremental NPAs.

If the capital expenditure spent from the buffer in the crude oil prices fluctuation (as claimed by the government) starts yielding some results in 2018 then we will have some respectable growth. But we are not sure whether these projects are of longer or shorter gestation period.

We have gone for demonetization followed by launching of the GST. No doubt these are good measures that are very much needed but they will start giving results in the medium to long term. The transition period of the structural changes caused by both demonetization and GST is unfortunately coinciding with the vicious cycle of delayed and stalled mega projects.

Sequencing and timing of the reform measures are very important and while launching  the reforms, swift handling of operational issues is equally important. These are the three areas where the government has not lived up to expectations.

Going back to the drawing board

The fact that the government has now constituted a five member Prime Minsiter‘s Economic Advisory Council (PMEAC) headed by Mr. Bibek Debroy indicates the defensive approach and is tantamount to admission of the strategic gaps in the government’s economic policies so far.

One may recall that the government dismantled the PMEAC along with the planning commission in 2014. It is unfortunate that the government is going back to the board room to redraw the blueprint after three years, and has realized the importance of reestablishing PMEAC belatedly whereas it was expected that the government would be correcting the scorched economic earth left behind by UPA-2 from day 1. But reappointment of PMEAC also shows that the Government is flexible and willing to course-correct.

Planning without action is useless. Action without planning is dangerous. Let us hope wisdom will prevail and remedial steps are taken at the earliest so that we can see the glimpses of ACCHE DIN at the end of the tunnel that we will reach by 2019.