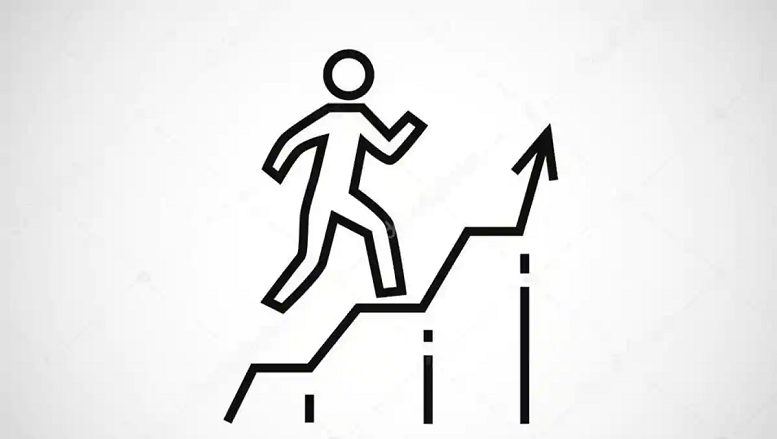 With a nominal GDP of $2.94 trillion, Bharat has become the fifth-largest economy in 2019, overtaking the United Kingdom and France. The country ranks third when GDP is compared in terms of purchasing power parity at $11.33 trillion. When it comes to calculating GDP per capita, Bharat’s high population drags its nominal GDP per capita down to $2,170.

Bharat ranks 129 out of 189 countries on the 2019 Human Development Index (HDI). The HDI measures average achievement in three basic dimensions of human development — life expectancy, education and per capita income.

In 2017, the richest 1% of the world’s population held 50.1% of the world’s wealth (i.e., $ 140 trillion), while the poorest 70% of the world’s working age population people together hold only 2.7% of the global wealth according to Credit Suisse Report. There is growing consensus that economic growth is not sufﬁcient to reduce poverty if it is not inclusive and if it does not involve the three dimensions of sustainable development – economic, social and environmental.

Rising inequalities adversely impact human development. Post liberalization though Bharat’s economy grew rapidly the inequality too has increased rapidly. According to the Credit Suisse data for 2018, the richest 1% in Bharat now controls 53% of the country’s wealth and the richest 5% about 69%. The top decile (or 10%) holds 76.3% of the nation’s wealth.

The annual Economic Survey 2017-18 too echoes this opinion when it said poorer states are not progressing and the forces of equalization like- trade, jobs, welfare programmes and internal migration — aren’t working towards reduction of the inequality both between the states and the people of the country in Bharat.

The World Bank’s latest update on Bharat (October 2019) says 50% or 659 million Bharatiyas live in poverty- they live on less than $3.2 per day which is the  poverty line for a low-middle income country like India. Niti Aayog’s December 2019 report ‘SDG India: Index and Dashboard 2019-20’ says hunger, poverty and inequality have grown in 22-25 states and union territories, out of the 28 covered in its study..

Sustainable Development Goal (SDG) 10 of UN aims at reducing the inequality within and among countries and has 10 targets to be achieved by 2030 with 11 indicators.

Broadly these targets aim to progressively achieve by 2030 and sustain income growth of the bottom 40% of the population at a rate higher than the national average and empower and promote the social, economic and political inclusion of all, irrespective of age, sex, disability, race, ethnicity, origin, religion or economic status.

Eliminating discriminatory laws, policies and practices prohibited under international human rights law and facilitating orderly, safe, regular and responsible migration and mobility of people are also part of the important targets under SDG 10.

The World Happiness Report is a landmark survey of the state of global happiness that ranks 156 countries by how happy their citizens perceive themselves to be. The World Happiness Report 2020 for the first time ranks cities around the world by their subjective well-being and digs more deeply into how the social, urban and natural environments that collectively affect people’s happiness.

There are 7 factors behind the computation of happiness index:

The following table gives the list of top 10 countries in terms of GDP, PPP, HDI and Happiness Index.

Though Bharat’s HDI rank is 129 out of 189 countries its inequality adjusted HDI (IHDI) rank is 94. The variance in Bharat’s rankings between HDI and IHDI indicate the existence of inequality in terms of distribution of health, education and income.

The key to bridging the gap between GDP and HDI index lies in how the investment by the governments in social sectors like health and education are effectively converted into productive economic activities so that the improvement in HDI index also leads to better GDP growth.

In other words, improvement in health and education must not only lead to improving the quality of a nation’s human resources but those human resources should also be deployed in economically productive activities. This in turn depends on the demographic profile of the population and the employment opportunities that are available in the country.

Whereas the Happiness Index depends on social conditions, individual freedom, human values and ethics prevailing in the country in addition to the status of income and health conditions.

Therefore, the ideal way for a country’s overall progress and prosperity will be based on increasing the national income, reducing the income and gender inequalities, improving the standards of health and education of the people and ensuring protection of individual freedom by the government which in turn is equally supported by adherence to human values and ethics with a sense of social responsibility by the people and compliance of corporate social responsibility guidelines by the business community of the country.

To conclude, there is a need to move away from the obsession to GDP growth and evolve a comprehensive model that measures the overall development of a country by giving due weightage to convergence between GDP and HDI and also takes into account the importance of Happiness Index .