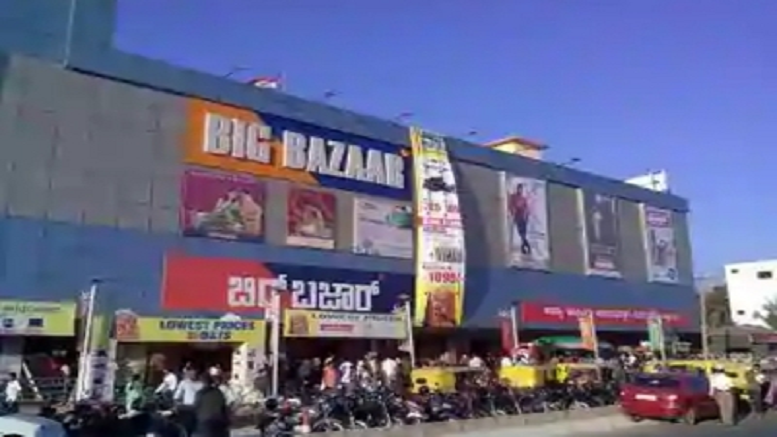 Future Retail Limited (FRL) said on Sunday that it firmly believes that the Competition Commission of India (CCI) will not be intimidated by this arrogance of Amazon and will take action on its show cause notice (SCN) against Amazon in accordance with law and regulations.

“At this stage, the counsels to Amazon, in utter disregard to the norms and in utter disrespect to the Indian statutory regulatory authority refused to argue the matter and walked out of the proceedings in an attempt to browbeat the CCI,” the FRL said in a letter to stock exchanges.

On November 24, Amazon, at the commencement of the hearing, tried to stall the personal hearing on the plea that they had filed an SLP in the Supreme Court against the Delhi High Court order dated November 16.

“The Hon’ble CCI refused to postpone the hearing and continued with the same. Amazon’s counsels chose to stay on and participate in the hearing during the submissions by FCPL. However, when their turn came for making the submissions, Amazon’s counsel stated that Amazon has not been given as much time as FCPL and hence more time should be given to Amazon. The CCI, after internal consultation, told Amazon that postponement cannot be given and to make their oral submissions,” the FRL said.

“The learned counsel also made a grievance that Amazon did not get sufficient time to file its rejoinder. Accordingly, despite grant of opportunity, the learned counsel did not make oral submissions. Having heard the counsel(s), the Commission decided to pass an appropriate order in due course,” the CCI said.

In a letter to the CCI post the hearing, Future Coupons through its lawyers said: “The conduct of Amazon smacks of arrogance. It has shown scant respect to the Delhi High Court, the Supreme Court and to this commission. It could have moved the Delhi High Court for an extension of time or for a suspension of the order, but it perhaps did not find it necessary to do so.”

Instead, it moved the Supreme Court by an interim application relating to the arbitration proceedings, establishing its mistaken belief that the Supreme Court would not deny relief to Amazon throwing established rules of cause of action to the winds.

“When it failed to get relief from the Supreme Court, it then sought an adjournment from the CCI, and when that was refused, in a display of outright contempt for an Indian statutory authority, this trillion dollar American company walked out of the hearing. We invite the Commission to deal with this conduct of Amazon appropriately,” it said.