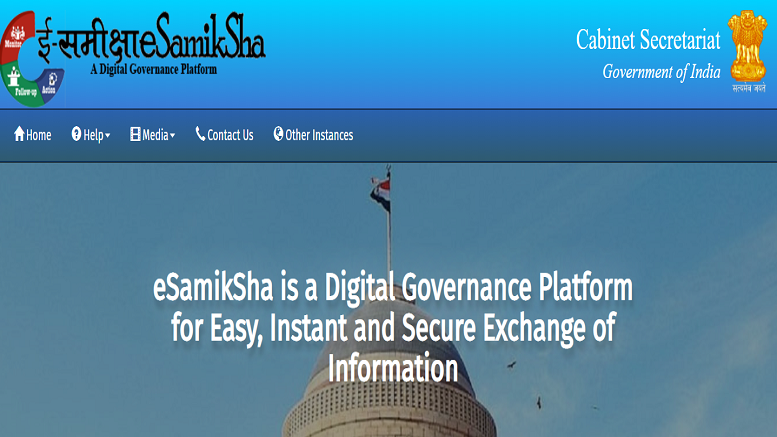 Since 2005-06 the government’s focus has shifted from outlays to outcomes, i.e., results (at least on government’s records and policy documents). The Government has introduced a system for monitoring and evaluating the performance of Government Departments and Ministries from the year 2009-10. The system seeks to address three basic questions

As per the system, at the beginning of each financial year, all Ministries/ Departments are required to prepare a Results-Framework Document (RFD) consisting of the priorities set out by the Ministry concerned, corresponding success indicators and time bound targets to measure progress in achieving these objectives.

“Outcome budgets have been an integral part of the budgeting process since 2005-06 and where the over emphasis on outlays that was hitherto has shifted towards outcomes.

Accordingly the annual budget will broadly indicate the physical dimensions of the financial budgets as also the actual physical performance (two years ago), performance for the first 9 months of the year ( last year) and the targeted performance during the current year as per the budget.”

The outcome budget documents will be prepared separately by each Ministry/ Department in respect of all Demands/ Appropriations controlled by them, except those exempted from this requirement and to the extent disclosures are not barred on considerations of security, etc.”

Starting from 2011, all the ministries and the departments have been preparing on yearly basis, Results-Framework Document (RFD) and submitting their performance report accordingly and the same was being disclosed in their websites for public information.

However, With PMO and Cabinet Secretariat directly monitoring progress of schemes and projects of all ministries through eSamiksha and PRAGATI projects, the government has scrapped this scheme of RFD in December, 2015. Consequently all the ministries and the departments have stopped preparing the RFD and stopped disclosing the same in their websites for public information.

The above mentioned events have led to two major developments viz.,

Disclosure of performance report in the respective ministry/ department’s website under the Results-Framework Document (RFD) led to enhancing the level of public accountability of the government and such periodical disclosures also led to greater transparency.

Disclosure of the government’s performance on a quarterly basis along with the quarterly targets that are set as per the annual budgetary framework would ensure greater orientation towards budget outcomes. It also ensures consistency in sharing of the information on performance report in the public domain leading to greater transparency and public accountability.

Therefore, to usher in an era of good governance all the ministries and the various departments concerned should disclose their budgetary goals and the results to the public at large as suggested above.

To broadly assess the performance of the government, there can be three basic parameters, viz.,

(i) Details of the funds allocated, funds released and funds utilized in the annual budgets,

(iii) Details of the number of beneficiaries of such project/ programme.

The government’s ministries/ departments can be primarily categorized into (i) social welfare entities and (ii) commercial entities/ public utility service providers with a tariff. The three basic parameters mentioned above are equally applicable to both the type of entities.

The government should be made to submit the targets/ goals and the actual results with regard to the above three basic parameters at the beginning of each quarter and at the end of each quarter respectively in the parliament and the general public at large through press release.

Each ministry and department could prepare this data in a simple document every quarter highlighting the KPIs (Key Performance indicators) and share it in the public domain. Additionally the annual performance data could also be shared in similar fashion duly appending the major observations of CAG audit along with the status of compliance in the public domain.

There is a need to introduce statutory obligation for the government to submit necessary written explanation for the shortfall in the performance as against the budgeted targets on quarterly basis to the parliament and for that there has to be a meaningful discussion and debate in both the houses of parliament.

The main objective of RTI Act is to bring transparency and accountability of government. The RTI Act aims to get people’s access to the information with the government as a matter of right.

Accountability of the government to the people is a prerequisite for good governance. The measures suggested above, if implemented, would also lead to an automatic flow of basic information on governance at periodical intervals in a uniform manner from the government without people approaching the RTI Authorities for the same.

Let us hope civil societies, NGOs and social activists would work in this direction to exert pressure on all political parties to introduce necessary legislative measures to implement the suggestions mentioned above so that good governance can become a reality.