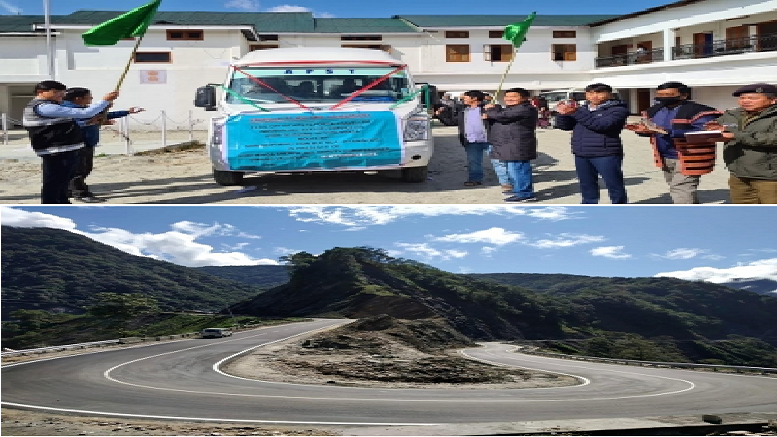 Over seven decades after Bharat’s independence, the first-ever passenger bus service was flagged off on Friday in the Roing-Anini route in Arunachal Pradesh’s Dibang Valley district along the China border, officials said.

The passenger bus service on the 233-km-long route was flagged off by ruling Bharatiya Janata Party MLA Mopi Mihu, and will connect the north and northeastern part of the border state. A mini passenger bus of the Arunachal Pradesh State Transport Service would ply thrice a week between border village Roing and district headquarters Anini, he said.

He said that the bus service was made possible as smooth two-lane highway reaches the remote border district.

Largest among Arunachal Pradesh’s 25 districts with the lowest density (one person per square km) of population in Bharat, Dibang Valley district came into existence on June 1, 1980 with its headquarter at Anini, after being carved out from Lohit District.

With a population of only 8,004 (2011 census), it is named after River Dibang consisting of the Dri, Mathun and Talon and three other smaller rivers — Ahi, Awa and Emra. Dibang Valley, whose north and northeast areas falls along the China border, consists of rugged undulating mountains with breath-taking green valleys, deep-down gorges, enchanting waterfalls, natural lakes of various dimensions and innumerable meandering rivers and turbulent streams.