Enhancing the Effectiveness of PDS in Bharat 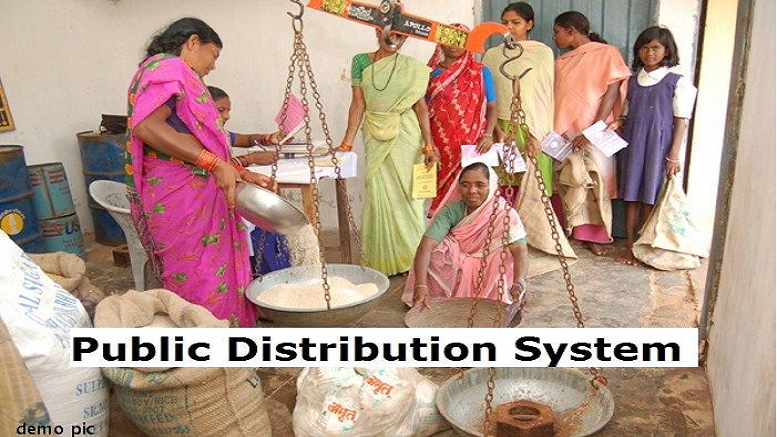 The origin of public distribution of grains in Bharat had its roots in the ‘rationing’ system introduced by the British during the World War II. The Department of Food under the Government of India was created in 1942 to pay special focus in food matters.

When the war ended, Bharat, like many other countries, decided to abolish the rationing system in 1943. However, on attaining independence, Bharat was forced to reintroduce it in 1950 due to inflationary pressures in the economy post-independence due to the spurt in food prices across the world post-world war that had impacted the food prices in the country.

Creation of Food Corporation of India and Agricultural Prices Commission in 1965 led to strengthening the PDS infrastructure in the country.

The Central Government, through Food Corporation of India (FCI), has assumed the responsibility for procurement, storage, transportation and bulk allocation of food grains to the State Governments. The operational responsibilities including allocation within the State, identification of eligible families, issue of Ration Cards and supervision of the functioning of Fair Price Shops (FPSs) etc., rest with the State Governments.

By the 1970s, Public Distribution System (PDS) had evolved into a universal scheme for the distribution of subsidised food.

The Revamped Public Distribution System (RPDS) was launched in June, 1992 with a view to strengthen and streamline the PDS as well as to improve its reach in the far-flung, hilly, remote and inaccessible areas where a substantial section of the underprivileged classes lives.

RBI in its publication titled- State Finances: A Study of Budgets dated 12 th July, 2018 says, “Over a span of about three years, i.e., between September 2013 and November 2016, all states have implemented the NFSA covering 807 million persons out of an intended coverage of 813 million persons accounting for two-thirds of the country’s population as per the 2011 census”.

One must admit that PDS has delivered certain benefits to the country.

During the 1987 drought, considered worst in the century, the PDS helped the country overcome it with dignity and effectiveness. “The result of diet and nutrition survey during the 1987 drought showed that widespread hunger and its consequences experienced earlier in 1960, & 1970 were arrested in 1987.” (Nutrition assessment & Analysis NIN, March 1992).

The World Bank too has underlined the importance of PDS their report of 1991 which says “poverty consideration will compel India to sustain publicly sponsored food grain procurement, storage and distribution efforts. These programmes are even more important in a period of economic downturn and adjustment, to ensure an adequate safey net”.

Major initiatives taken by the Government

At the same time the PDS also has certain loopholes and deficiencies.

The central vigilance committee led by retired Justice D. P. Wadhwa, appointed by the Supreme Court of India in 2006 to monitor its orders in the PIL on the right to food, has identified widespread corruption at different levels of the PDS.

The committee has made suggestions like automation of the weighing system, doorstep delivery of food grain to fair-price shops, speeding up cases pending in courts under the Essential Commodities Act, and setting up inspection squads.

The High Level Committee (HLC) for Restructuring of Food Corporation of India (FCI) chaired by Shanta Kumar has submitted its report in January, 2015 to the government. In its report the committee strongly recommended that FCI should hand over all procurement operations of wheat, paddy and rice to Andhra Pradesh, Chhattisgarh, Haryana, Madhya Pradesh, Odisha and Punjab as they have sufficient experience and reasonable infrastructure for procurement.

End to end computerization of the entire food management system, starting from procurement from farmers, to stocking, movement and finally distribution through PDS was recommended by the committee. The committee also recommended restructuring the National Food Security Act (NFSA) by virtually diluting its scope and coverage from 67 per cent of population to about 40 per cent population.

In 2019-20 budget the Centre has allocated to the Department of Food and public Distribution (under the Ministry of Consumer Affairs, Food and Public Distribution) Rs. 1,92,240 crore. This accounts for 6.9% of the budget of the central Government and almost 1% of GDP. However, the estimated expenditure was only Rs.Rs.1,15,240 Crores.

In spite of such high expenditure, according to the 2019 Global Hunger Index, Bharat ranks 102nd out of 117 qualifying countries. With a score of 30.3, Bharat suffers from a level of hunger that is a very serious concern. It shows how the PDS system could not meet its objectives.

Study by World Bank indicates “Only 41 per cent of the grain released by government reached households, as per 2004-05 figures,” This increased to 57% in 2012. Still the leakage of 43% in PDS is somewhat alarming.

With the introduction of Direct Benefit Transfer some people have started questioning the relevance of PDS. One has to admit that the massive infrastructure created under PDS across the country is a unique one and therefore one should look at alternative options to improve the viability of PDS before writing off this model in toto.

The author submits the following suggestions to enhance the utility of PDS infrastructure for the social good:

The Lok Sabha recently passed the Essential Commodities (Amendment) Bill, 2020 that allows the central government to regulate the supply of some food items only under extraordinary circumstances which may include war, famine, extraordinary price rise, and natural calamity of grave nature.

The Essential Commodities (Amendment) Bill, 2020, which will replace an ordinance, provides that stock limits may be imposed on agricultural produce only if there is a steep price rise. By removing stock limits on all agri-commodities, the government is hoping that freedom to produce, hold, move, distribute and supply will lead to harnessing of economies of scale and attract private sector/ foreign direct investment into agriculture sector and significantly drive up investment in cold storages and modernisation of food supply chain.

The ordinance is expected to provide more choices for the farmer, reduce marketing costs and help them in getting better prices. The government is also hopeful that the farmers of regions with surplus produce would directly access the regions where there is shortage resulting in a win –win situation to both the farmers and the consumers.

However, there is an argument that these measures may not really help the marginal and small farmers since they do not have the capacity to hold back the stock and move it to markets directly where the prices are remunerative without depending on middlemen.

Small and marginal farmers constitute 86.2% of the total farmers in Bharat but they hold only 47.3% of the crop area. Therefore, the critics argue that the current proposed measures of the government may in fact become counterproductive.

In this regard the PDS infrastructure can be effectively used to support the farmers. The FPSs can be also used as outlets to sell the farm produce to the people directly by the farmers. Currently the PDS mechanism is operated as a cost centre and the government does not get any revenues out of it.

By expanding the PDS to serve as outlets to sell farm produce the government may collect reasonable charges from the proceeds of the sale by the farmers who will still be benefited since they can avoid the middlemen and access the market directly and sell at remunerative prices.

The government can use the revenues so collected to further upgrade and strengthen the storage, transportation and FPSs infrastructure and make it on par with the market standards.

In due course, the government may convert the PDS infrastructure into a joint sector by collaborating with the small and marginal farmers who may be encouraged to form SHGs, cooperative societies, producer companies and trusts for this purpose. This will enable the small and marginal farmers to jointly own and operate the PDS to access the market and sell their produce at remunerative prices and completely eliminate the middlemen.

Let us hope the government will think in this direction and take appropriate measures.