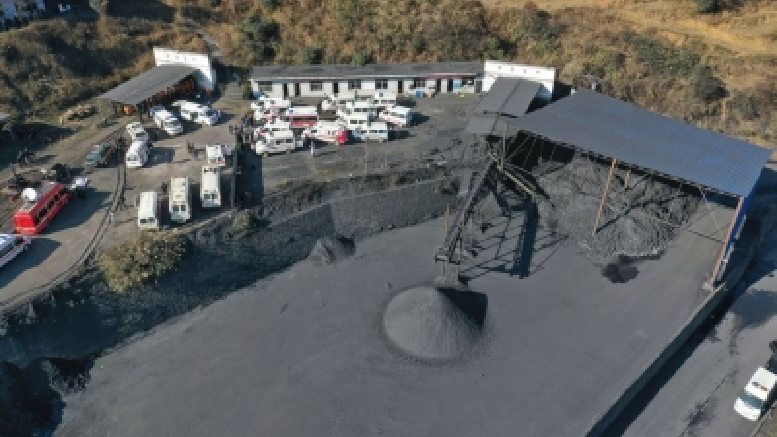 China was the only G20 country that saw a large increase in coal generation in the pandemic year, said a research published on Monday by energy think tank Ember. Bharat, on the other hand, saw a decline of five per cent.

Globally there was a record fall in coal generation in 2020, which was mirrored in Bharat and other top coal power countries. China is now responsible for more than half (53 per cent) of the world’s coal-fired electricity.

The pandemic paused electricity demand growth in 2020, enabling new wind and solar to drive a record fall in coal power.

Wind and solar showed resilient growth in 2020, up by 15 per cent (plus 314 TWh), equivalent to more than the UK’s entire annual electricity production.

This helped push coal power to a record fall of four per cent (minus 346 TWh).

China bucked this trend, standing out as the only G20 country that saw a large increase in both electricity demand and coal power in 2020.

Despite an impressive 16 per cent growth in wind and solar (plus 98 TWh), China’s coal generation rose by 1.7 per cent (plus 77 TWh) as its demand for electricity grew by four per cent (plus 297 TWh).

“Fast-rising demand for electricity is driving up coal power and emissions. More sustainable demand growth will enable China to phase out its large coal fleet, especially the least efficient sub-critical coal units, and provide greater opportunity for the country to attain its climate aspirations.”

It says coal power declines in Bharat and other top coal countries.

The four largest coal-generating countries after China all saw coal power decline in 2020: Bharat (minus five per cent), the US (minus 20 per cent), Japan (minus one per cent) and South Korea (minus 13 per cent).

Bharat’s coal power declined for a second consecutive year in 2020 (minus five per cent), driven by growth in solar (plus 27 per cent) and a drop in electricity demand (minus two per cent) due to the impact of Covid-19.

“India has started its clean electricity transition,” said Ember’s senior analyst Aditya Lolla. “India now needs to ramp up wind and solar considerably in the next decade to both replace coal and meet rising electricity demand. India has the opportunity to ensure that coal generation doesn’t see resurgence after the last two years of coal falling.”

However, emissions are still not falling.

Despite the record fall in coal in 2020, power sector emissions were still around two per cent higher in the pandemic year than in 2015 when the Paris Agreement was signed.

Coal remained the world’s single largest power source in 2020. Global coal generation was only 0.8 per cent lower in 2020 than in 2015 and gas generation was 11 per cent higher. Despite wind and solar generation doubling since 2015, this has not been sufficient to replace fossil fuels due to rising demand.

Where coal has fallen significantly, including in Europe and the US, the emission reductions have been partly cancelled out by an increase in fossil gas.

“Despite coal’s record drop during the pandemic, it still fell short of what is needed. Coal power needs to collapse by 80 per cent by 2030 to avoid dangerous levels of warming above 1.5 degrees. We need to build enough clean electricity to simultaneously replace coal and electrify the global economy. World leaders have yet to wake up to the enormity of the challenge.”