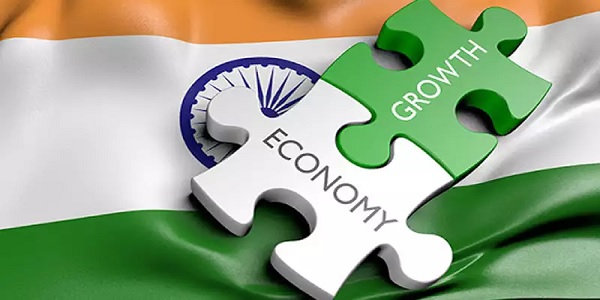 It is not far from truth to say that global economy is facing a troubled time. “The global economy, still reeling from the pandemic and Russia’s invasion of Ukraine, is facing an increasingly gloomy and uncertain outlook,” said the IMF’s economic counsellor, Pierre-Olivier Gourinchas.

“Higher than expected inflation, especially in the United States and major European economies, is triggering a tightening of global financial conditions. China’s slowdown has been worse than anticipated amid Covid-19 outbreaks and lockdowns, and there have been further negative spill overs from the war in Ukraine.”

Despite the global slowdown, inflation has been moving upwards, mostly due to disruption in the supply chains during Covid and rising food and energy prices triggered by Ukraine-Russia war. Inflation is expected to reach 6.6 per cent in advanced economies and 9.5 per cent in emerging market and developing economies and projected to remain elevated for longer period.

Global Monetary Policy Tracker published by The Council on Foreign Relations in its August, 2022 edition indicates tightening policies by most of the 54 central banks that are part of this tracker. Current inflation levels represent a clear risk to macroeconomic stability, according to the update on world economic outlook (WEO) of IMF.

World Bank says global economy is now heading towards the sharpest recession since the 1970s. Monetary and fiscal policies in advanced economies — including continued interest rate hikes — could push the world toward a global recession and stagnation, the UN Conference on Trade and Development (UNCTAD) said.

A global slowdown could potentially inflict worse damage than the financial crisis in 2008 and the Covid-19 shock in 2020, warned the UNCTAD in its Trade and Development Report 2022. “Interest rate hikes by advanced economies are hitting the most vulnerable hardest. Some 90 developing countries have seen their currencies weaken against the dollar this year,” the report says.

East and Southeast Asia are set to post growth rates below those in the five years prior to the pandemic. UNCTAD expects East Asia to grow at 3.3% this year, compared to 6.5% last year.

More public investment in economic and social infrastructure to boost employment, raise productivity, improve energy efficiency, and reduce greenhouse-gas emissions, are some of the measures suggested by UNCTAD.

“Today we need to warn that we may be on the edge of a policy-induced global recession,”  Secretary-General of UNCTAD Rebeca Grynspan said in a statement.

To contain the spiralling inflation which rose to more than 9% US Federal Reserve has been increasing the interest rates at quite frequent intervals in the recent past. This is not only resulting in flight of capital from other countries to US but also leading to exchange rate volatility and weakening the currencies of other countries. It is estimated that RBI has spent more than $ 100 bn of its forex reserves to protect the rupee which has fallen about 12 percent against the dollar this year. Going by the macro-economic trends in US it is expected that US Federal Reserve is likely to continue its stance of increasing the interest rates in the short term to tame the inflation.

Since Bharat is experiencing rising inflation caused by supply side disruptions during Covid and weakening of rupee primarily due to US hiking its interest rates, increasing the interest rates, and spending the forex reserves to protect the declining rupee may only prove to be counterproductive in the medium term. In other words, this may result in killing the revival of the economy and further depletion of the forex reserves, respectively.

Bharat’s merchandise exports reached a record high of US$417.81 billion during FY 2021-22, surpassing the government’s target of US$400 billion. The export growth was mainly driven by a surge in demand for products like petroleum, cotton yarn, textiles, chemicals, and engineering goods. At the same time, Bharatiya goods imports also surged at US$610.22 billion, mainly driven by increase in imports of crude, coal, gold, and electronics.

Petroleum & crude products, gold, pearls & precious stones apart from domestic consumption also get converted into value added exports. However, electronic goods, machinery and coal nearly constitute 28.5% of our imports as per the January, 2022 data. Bharatiya government should adopt a focused and strategic approach of import substitution regarding electronic goods, machinery, and coal.

The government should review its National Policy on Electronics, 2019, to propel the growth of Electronics System Design and Manufacturing (ESDM) and step up the initiatives on a large scale under “Make in India” and “Digital India” programmes, by identifying and removing the bottlenecks.

The National Manufacturing Competitiveness Council should formulate a policy and concrete plan of action in consultations with industry, Academicia and Government to boost the domestic manufacturing of capital goods (machinery). Bharat ranks 3rd in renewable energy country attractive index in 2021 and 3rd largest energy consuming country in the world.

The country has set an ambitious target to achieve a capacity of 175 GW worth of renewable energy by the end of 2022, which expands to 500 GW by 2030. This is the world’s largest expansion plan in renewable energy which will eventually reduce the country’s excessive dependence on fossil fuel (oil and coal).

The focused strategy of import substitution discussed above in this article will enable the country to substantially reduce its imports in electronic goods, machinery, and coal in addition to generating more jobs. This will have multiple advantages of GDP growth, reducing the level of unemployment as well as imports.

Let us hope the policy makers would give a serious thought to this and take swift measures in this regard to create an opportunity out of crisis.