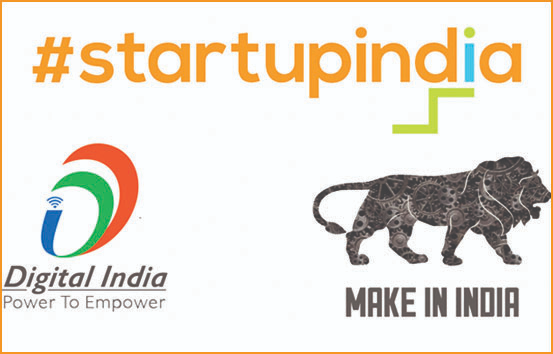 In a written reply to a question in the Rajya Sabha, Union Minster of State for Commerce and Industry Som Prakash stated that the Startup India initiative was launched in 2016 with the objective of building a strong ecosystem for nurturing innovation and entrepreneurship in the country.

As on 30th June 2022, a total of 72,993 startups have been recognized by Department for Promotion of Industry and Internal Trade (DPIIT). Government is also providing financial assistance to startups through Alternative Investment Funds (AIFs), handholding through incubators and promoting industry-academia partnership, the minister stated.

The Government has established a corpus of Rs. 10,000 crore to meet the funding needs of startups. MoS Prakash stated that this fund has not only made capital available for startups at early stage, seed stage and growth stage but also played a catalytic role in terms of facilitating raising of domestic capital, reducing dependence on foreign capital and encouraging home grown and new venture capital funds.

In addition, 52 regulatory reforms have been undertaken by the Government since 2016 to enhance ease of doing business, ease of raising capital and reduce compliance burden for the startup ecosystem.

To enable ease of procurement, Central Ministries/Departments are directed to relax conditions of prior turnover and prior experience in public procurement for all startups subject to meeting quality and technical specifications, said the minister in his written reply.

Startups have also been made eligible for fast-tracked patent application examination and disposal. The Government launched Start-ups Intellectual Property Protection (SIPP) which facilitates the startups to file applications for patents, designs and trademarks through registered facilitators, paid for by the government, in appropriate IP offices by paying only the statutory fees.

In January 2020, the National Startup Advisory Council was constituted by DPIIT to advise the Government on measures needed to build a strong ecosystem for nurturing innovation and startups in the country to drive sustainable economic growth and generate large scale employment opportunities. Besides the ex-officio members, the council has a number of non-official members, representing various stakeholders from the startup ecosystem, the minister’s statement said.

The Digital India and Startup India initiatives deserve to be applauded, and especially govt. bodies like DPIIT and NPCI (National Payments Corporation of India) which have shown how our bureaucracy can benefit when domain experts from private sector are involved in strategy and decision-making.

However, our government and big business should join forces to expedite the development of world-class Bharatiya tech platforms in key areas like search engines, social networking, e-commerce, SMAC (social, mobile, analytics, cloud) and get ahead of the curve in emerging areas like AI, automation, blockchain etc. Zoho has shown the way, but we need a massive push through public-private partnership to promote more such home-grown platforms. A similar push is needed for IT hardware and communication equipment too.

Our IT services industry has served the nation well by creating a new middle class, but we are still lacking in indigenous platforms and products. Big business conglomerates like Ambani, Adani, Birla, Tata must work with the government and each other to dream big and take Bharat to the cutting edge of the digital and communications frontier. We must learn from how Japan and Korea became world-leaders in manufacturing and electronics through the state-supported zaibatsu/keiretsu and chaebols respectively. The usual suspects in our polity will rant and rave about ‘state-business nexus’ and use all the tricks in their toolkit to hold Bharat back, but they must be defeated.

Our dependence on Western big tech companies like Google, Facebook etc and foreign hardware providers means we lack digital sovereignty. Western big tech has links to the Western deep state and scant regard for our laws, as the government’s ongoing legal battles with Twitter have amply demonstrated. We did the right thing by banning deceptive Chinese platforms like TikTok in 2020, but have failed to act against more sophisticated yet equally compromised Western platforms as we lack Bharatiya alternatives of similar caliber.

This is something that we must address within this decade if we want Bharat to win its digital autonomy and avoid another round of crippling colonialism.